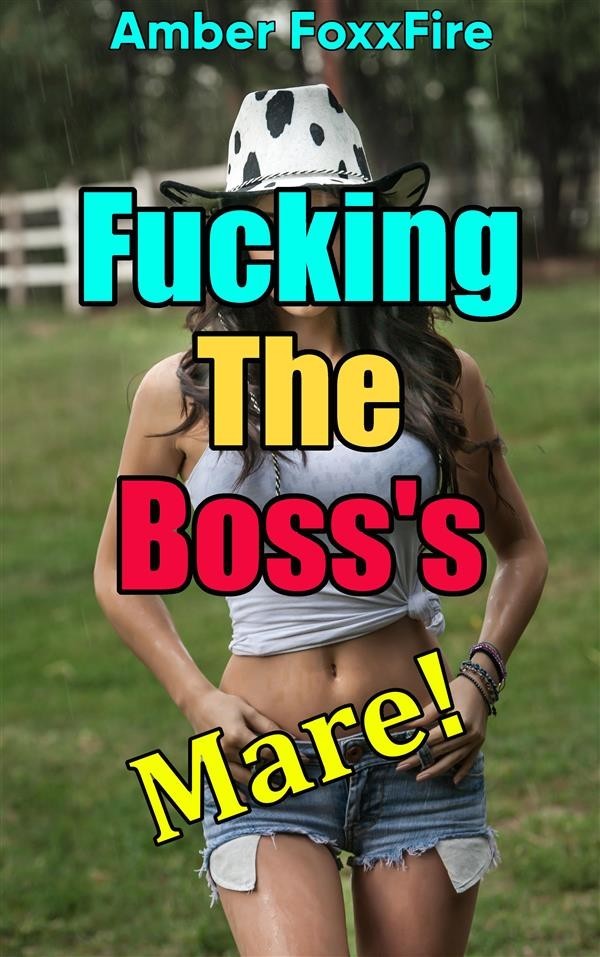 It was a job I just couldn’t say neigh to! My boss was going out of town for the weekend and she wanted me to horse-sit her mare, Felicia. Said I could have the run of the house.

No one told me that Felicia was smarter than most women. Hold on to your hats for a wacky, wild ride with this hot man on mare sex fest.

It was an odd request, but one that I really couldn't refuse. My boss, Sonja, had to leave the country on an urgent business trip for the weekend and needed someone to watch over her mare, Felicia.

She promised that I could raid her fridge and snoop around in all her stuff, as long as I fed her on time and kept her water filled.

I took it. It wasn't like I had anything planned for the weekend, anyway. Maybe I could catch a good game on or something.

That night I met her at her ranch and she showed me where everything was and what I needed to do. It was a bit of work feeding the ol gal, but at least it was just her.

Sonja called a cab and raced out the door, leaving me alone with her large house and her cat, Timmy. I rummaged around the fridge, grabbed a beer and flicked on the TV to see if I could find anything interesting.

An hour into the movie, I heard a neighing horse. What the hell? It's nine in the evening, she shouldn't need anything. I ignored it for a few more minutes, but the neighing became more insistent, so I figured I'd see what was going on.

Grabbing a flashlight, I checked around outside to see if I could see anything. The moment I went out there, Felicia settled down. This happened three more times before I realized that she didn't sleep in the house - she slept in the stable with her horse.

A fact that she neglected to tell me.

Sonja had everything already set up. There was a bed, a nightstand and even a mini-fridge stocked with my favorite beer.

"Great. Looks like it's you and me tonight, girl!" I patted the horse on the rump. She neighed softly and stared at me with her big brown eyes.

A few more beers and I was tired enough to actually fall asleep. The bed was nice - nicer than my own back home and as soon as my head hit the pillow, I was out like a light.

Hours passed and I was beginning to think this wasn't so bad. Then I felt it. A lick.

I stayed stock still, wondering just what the hell was going on.

Then it came again. Another lick. Without making a movement, I opened my eyes and saw Felicia licking at my crotch.