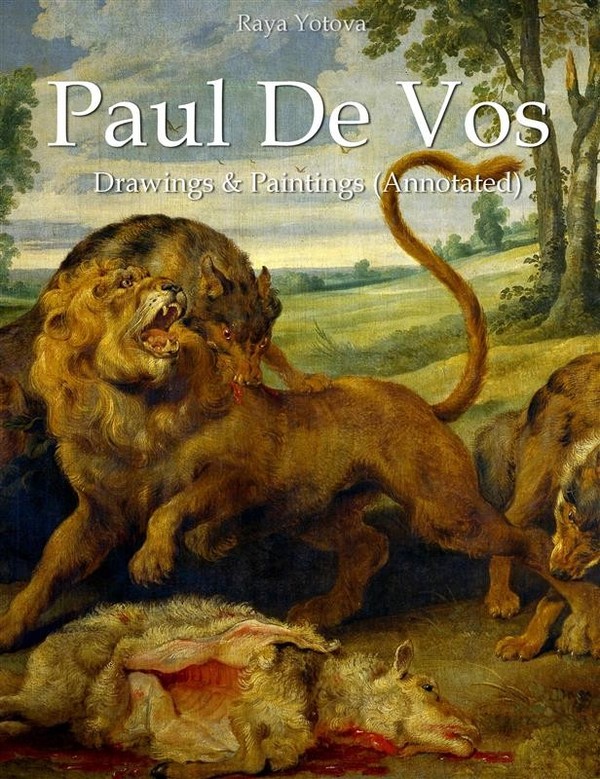 De Vos was a prolific artist who has created a large number of works in the areas of large-size paintings on canvas, drawings and oil sketches. He often signed his works but never dated them. His theme is varied and includes scenes of hunting with dogs, dogs, and cats that ride and bird concerts. He specializes in monumental animal scenes, especially in hunting scenes for aristocratic patrons who are strongly influenced by Frans Snyders. In the past, many of his works have been linked to Snyders.
De Vos managed to develop his style that highlights the sharp movement, the terrible aspects of hunting, using warmer colors and a broader brush then the Snyders brush. He also extends the iconographic tradition with scenes of fighting cats and horses attacked by wolves.
As is usually the case with artists in Antwerp from the 17th century, De Vos often collaborated with other artists.
He worked with Rubens, Anthony van Dyck, and Jan Wildens. De Vos usually contributed to the animals or the still-life in the compositions of these artists, and they only added landscapes to his creations. His co-operation with Rubens consisted mainly of hunting scenes. In their cooperation with Rubens, Snyders and de Vos often worked on drawings by Peter Poul Rubens, while in other cases they were given the freedom to develop their own ideas. The expressive style and motifs of Rubens' animal paintings had a significant influence on both Snyders and De Vos. De Vos introduces new themes in the iconographic tradition in his scenes of fighting cats and horses attacked by wolves.