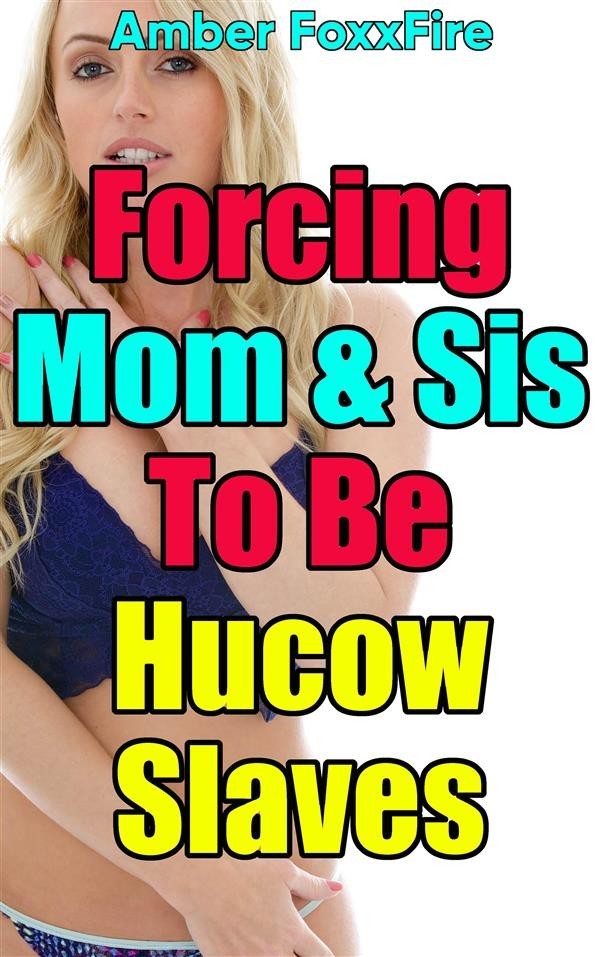 It was just for some extra money, I told myself as I bought the Hucow pill. Forcing the pill down my sister’s throat, I watched in excitement as her breasts literally burst through her t-shirt, began spraying milk everywhere and she became as dumb as a box of rocks.

Mom tried to stop me, but I jammed the pill down her throat.

Watch as mom helps me rape my spirited sister and make her my slave.

"We need money and I have a way to do it." Dan announced, slapping a package on the counter top.

"How are we going to do that?" Lilly, his 18-year-old sister, perked up from texting her friends.

"Found a job?" Abby, his mother turned around, with a spatula in hand. Bacon and eggs were sizzling in a frying pan behind her.

"Nope. Bought some Hucow pills from the dark web." Dan announced, with a devious smile brightening his face.

"What in the hell is a Hucow and how can you make money off them?" Mom slapped the spatula in her hand, a scowl in her eyes.

"Mom, it's a woman who takes a pill that makes her breasts grow and produces milk. I hear athletes drink it to give their performances an edge. Also, it's proven to reduce aging." Lilly explained, then grabbed the package and ripped it open.

"Hey!" Dan grabbed for it, but she was too fast.

When the pill bottle fell out on the counter, he picked it up.

"This is fucking nonsense!" Abby rolled her eyes. "I want you two to find a job. You spend too much time texting and jerking off." She glared at both her kids.

"No." Dan folded his arms across his chest. "Like I said, I have the answer."

Abby slapped her son across the face.

"Stop!" Dan growled. Something inside him snapped. They'd become his Hucows and he'd make tons of money off them. He'd make them take those pills! Then he'd have all the cash. And maybe more.

Filling a glass, he grabbed his sister by the long hair, forced the pill down her throat and made her swallow it.

"What are you doing!?" Abby slapped him with her trusty spatula.

"Mom! What's happening to me?" Lilly shrieked, staring at her small breasts which started growing.

She watched in horror as they grew larger right before her eyes.

Lilly's breasts grew until they broke the confines of her bra and ripped through her shirt. They bounced in front of him as a tiny droplet of milk formed on her rosy nipple.