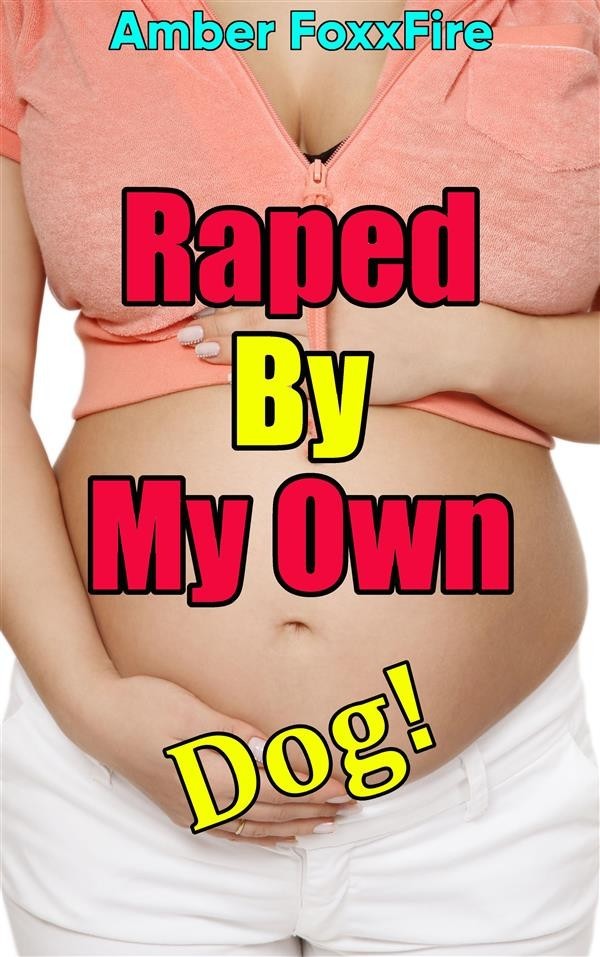 I don't know what happened. One moment, Butch was curled up at my feet while we watched TV and the next he was ravaging my body, ripping my clothes off and raping me.

I was too weak and helpless to stop him!

I don't know what happened. One moment, Butch was curled up at my feet while we watched TV and the next he was ravaging my body, ripping my clothes off and raping me.

"No, Butch! This isn't right!" I tried to push the large Rottweiler away, but something had gotten into him and he was out of control. This was strange. I'd raised him from a pup and he'd never had an aggressive bone in his body.

Butch grabbed my nightshirt and ripped it off, then tossed it aside. When I tried to stop him, he bared his teeth and snarled the most vicious snarl I'd ever seen on a dog. My heart froze and my stomach lurched. Was this really happening?

"Butch, boy. What's gotten into you? Are you hungry?"

The look my dog gave me was one that I'd recognized from men: Savage lust. He was hungry all right, but not for food. For my body.

I shivered violently as I realized that I was just a small girl of 18 and there was no way in hell that I could hope to stop this big, 120 pound brute. Was he just going to have his way with me and that was it?

I scanned around and saw a large flashlight that maybe I could use against him, but he was quicker and smarter than me. The second I reached for it, he pounced on me, knocking me to the ground and knocking the wind out of me.

"No, Butch! Stop! Bad dog!" I whacked him across the bridge of the nose, but that served to only make him madder. He instantly put his large jaw around my throat and I knew at that moment I was done for. If he didn't kill me, he was going to have his way with me. I'd never been raped by anyone - let alone a dog - and wasn't looking forward to it.

Once I'd sufficiently submitted, he grabbed my panties in his powerful teeth and yanked them clean off me. He somehow knew exactly what he was doing.

"No, boy..." I said weakly, trying to keep my legs together, but he pried them open with his powerful head, wedging it in between.

Cold fear raced through my body as Butch surveyed his prize. My entire, naked body was laid bare for his lusty gaze. My cunt grew wetter against my will as he stood over me dominantly.

I could see his large, red rocket hanging angrily down between his legs. The next thing I knew, he'd brought it to my mouth and was… (read on!)