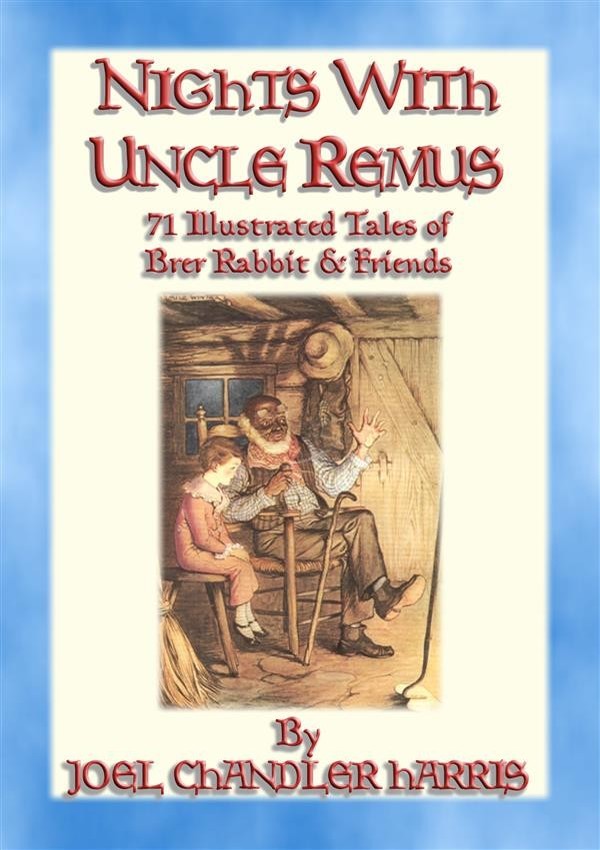 Nights with Uncle Remus presents 71 of Harris's, or Uncle Remus’, most popular narratives, featuring Brer Rabbit, African American trickster tales, Sea Island legends, and spine tingling ghost stories. For more than a hundred years, the tales of Joel Chandler Harris have entertained and influenced both readers and writers and none less that the tales and stories of Brer Rabbit told by Uncle Remus, stories like:
"The Moon in the Mill-Pond,"
“Mr. Fox and Miss Goose,”
“The Story of the Pigs, “
“Why the Alligator's Back is Rough,”
“Why the Guinea-fowls are speckled,”
“The Night before Christmas,”
…..and of course a healthy number of Brer Rabbit tales like:
“Brer Rabbit's Love-charm,”
“Brer Rabbit rescues Brer Terrapin”
“Brer Rabbit and the Mosquitoes”
and many other Brer Rabbit stories.

These stories, and others like them, have inspired writers from Mark Twain to William Faulkner, Zora Neale Hurston and Toni Morrison, which helped revolutionise modern children's story telling and literature.

These stories are illustrated by none other than the great Milo Winter who also illustrated notable volumes like Aesop's Fables, Arabian Nights, Alice in Wonderland, Gulliver's Travels, Tanglewood Tales, and many others.

This volume is sure to keep you and your young ones enchanted for hours, if not because of the quantity, then their quality. They will have you coming back for more time and again.