The Cricket of Abel, Hirst, and Shrewsbury 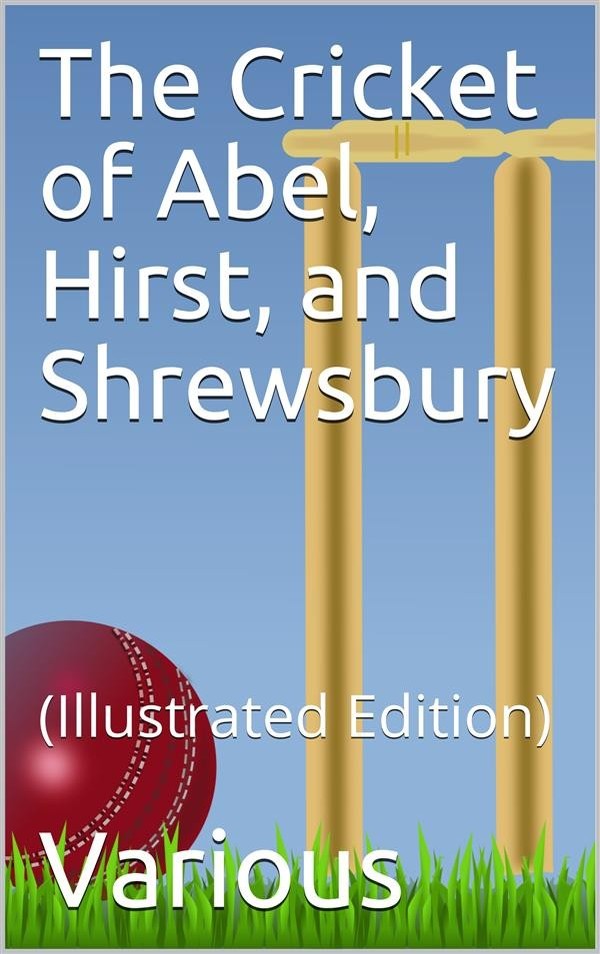 The Cricket of Abel, Hirst, and Shrewsbury

There appear to be hardly any beginners or habitual players who know how to profit by seeing experts at play and at work. The reason cannot well be that we do not look on at games sufficiently often! No, one reason is that we have not been trained to observe with a view to personal experimentation afterwards; and another reason is that there is very little time to catch and realise the different positions and movements as they flash by. Hence the value of photographs, especially when they are—as many of these thirty-four are—taken from behind: it is not easy to reproduce for ourselves the action as shown by an ordinary photograph (taken from in front), since it gives us everything the wrong way round.

But even photographs often fail to teach their lesson. The learner must be told how to teach himself from photographs. After which he will find it easy to teach himself from actual models, as soon as he knows just what to look out for—the feet and their “stances” and changes, and so on. It is to be hoped that these photographs, and the notes on them, and the obvious inferences drawn from them, will train readers to study various other experts besides these three, who are only a few out of a host.

For the object of the book is not to tie any player down to any one method, but rather to set him on the track of independent research and self-instruction: to show him how to watch and see, and how to practise the best things that he sees, and what the best things are most likely to be. Not a single hint in these pages need be followed until the reader is convinced that what I advise is what most if not all great players actually do, whether consciously or by instinct.

The volume is not intended to compete with the many excellent books edited by those who themselves play the game well. It boasts of a large debt to these classics, but having gathered hints from them it moves away on altogether different lines. The best player is seldom the best teacher of average beginners. On the principle of “Set a thief to catch a thief,” a duffer has here been set to teach a duffer, while at the same time the whole teaching is, I hope, strictly according to the actual play of good players, as shown by observation, by photographs, and by answers to questions asked during special interviews. The three chief players (whose ascertained positions and movements are made the basis for all the simple lessons offered here) are Abel, Hirst, and Shrewsbury.