Crime: its cause and treatment 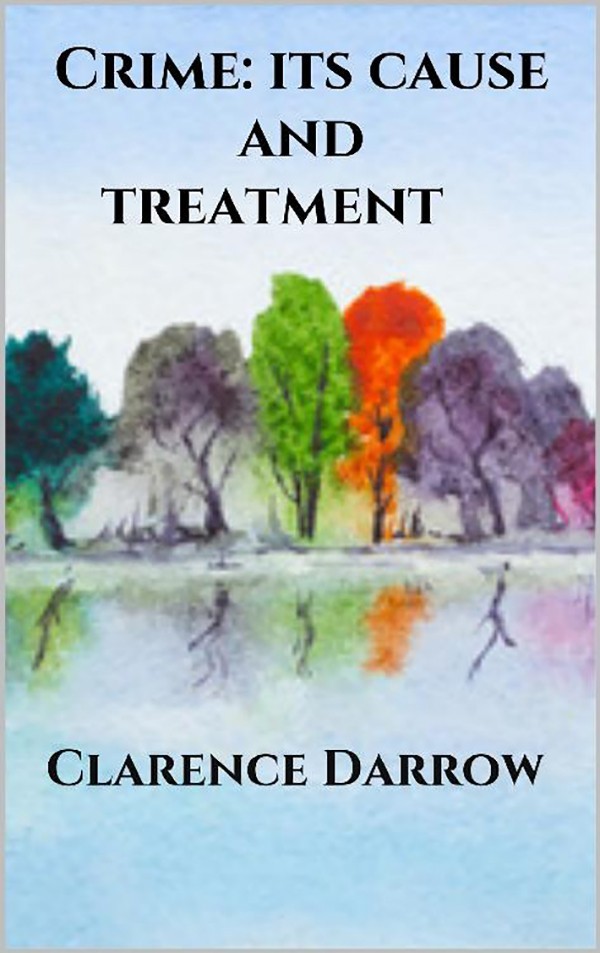 Crime: its cause and treatment

FROM THE PREFACE OF THE AUTHOR: “This book comes from the reflections and experience of more than forty years spent in court. Aside from the practice of my profession, the topics I have treated are such as have always held my interest and inspired a taste for books that discuss the human machine with its manifestations and the causes of its varied activity. I have endeavored to present the latest scientific thought and investigation bearing upon the question of human conduct. I do not pretend to be an original investigator, nor an authority on biology, psychology or philosophy. I have simply been a student giving the subject such attention as I could during a fairly busy life. No doubt some of the scientific conclusions stated are still debatable and may finally be rejected. The scientific mind holds opinions tentatively and is always ready to reexamine, modify or discard as new evidence comes to light. Naturally in a book of this sort there are many references to the human mind and its activities. In most books, whether scientific or not, the mind has generally been more closely associated with the brain than any other portion of the body. As a rule, I have assumed that this view of mind and brain is correct. Often, I have referred to it as a matter of course. I am aware that the latest investigations seem to establish the mind more as a function of the nervous system and the vital organs than of the brain. Whether the brain is like a telephone exchange and is only concerned with automatically receiving and sending out messages to the different parts of the body, or whether it registers impressions and compares them and is the seat of consciousness and thought, is not important in this discussion. Whatever mind may be, or through whatever part of the human system it may function, can make no difference in the conclusions I have reached. The physical origin of such abnormalities of the mind as are called “criminal” is a comparatively new idea. The whole subject has long been dealt with from the standpoint of metaphysics. Man has slowly banished chance from the material world and left behavior alone outside the realm of cause and effect. It has not been long since insanity was treated as a moral defect. It is now universally accepted as a functional defect of the human structure in its relation to environment…”