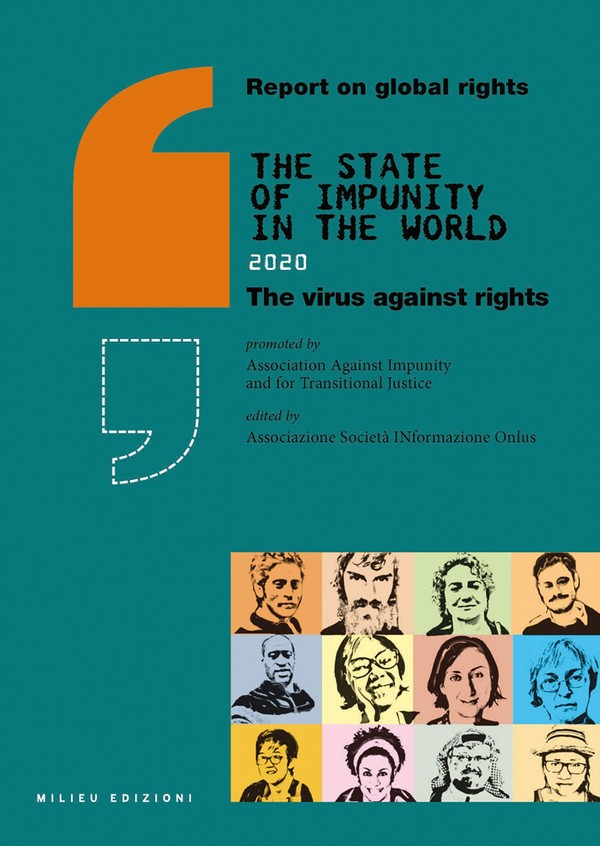 After 17 years of publication, the Global Rights Report has expanded and evolved, its main edition now becoming international, thanks to its publication in English. The Report focuses on human rights and on the fight against impunity, and is born from the collaboration with the Association Against Impunity and for Transitional Justice (AITJ), which promotes it.Human rights and impunity are a central issue today, insofar as the crisis of multilateralism and the spread of nationalism and populism are causing the progressive erosion of democracy and its institutions, and the weakening of international law and its instruments, leading to dangerous imbalances at a global level.As a result, and we witness this tragic fact every day, there has been a proliferation of war crimes, territorial and maritime aggressions, systematic violations of fundamental human rights, an increasingly generalised and unjusti ed repression of citizens and of entire communities, most often carried out amidst the powerlessness of supranational institutions.We are also witnessing other crimes that violate and compromise different spheres of equally fundamental rights, which affect communities and not only individuals, such as environmental, economic and social rights. These are systemic crimes that nobody feels responsible for, but that are the consequence of precise political, economic and governmental choices.The year 2020, marked by the Covid-19 pandemic, has been characterised by a significant erosion of rights and freedoms; the social and economic condition of millions of citizens in many parts of the world has worsened, highlighting how vulnerable the democratic system is.The need to implement profound changes and to radically reverse the course is now more urgent and must be affirmed strongly, creating greater social awareness and public responsibility.The Report on the State of Impunity in the World is a contribution in this vital di- rection for people and for the entire planet to achieve justice and build global rights.