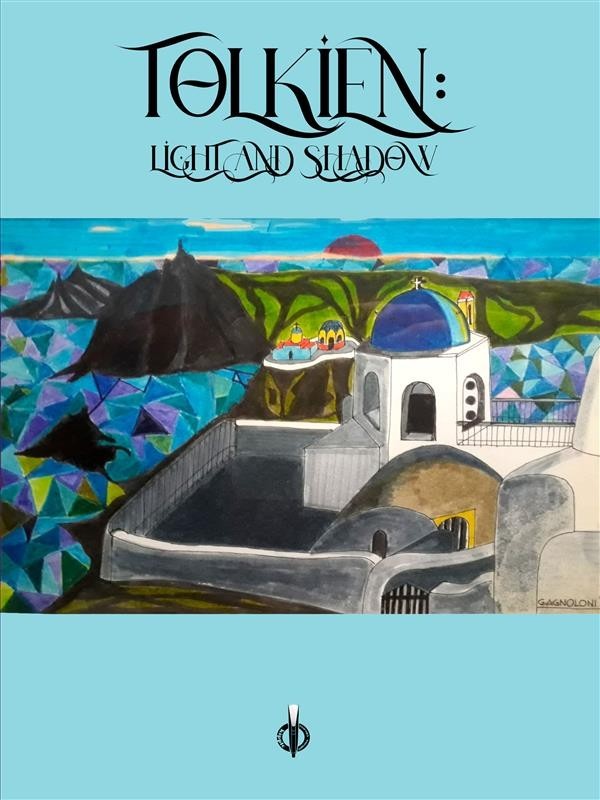 A collection of essays by ten international experts on J. R. R. Tolkien’s Legendarium, focussed on Light and Shadow. Such leading threads of his literary production are here taken as universal themes to be interpreted in several different senses – ethical, philosophical, psychological, spiritual, historical and biographical – with further insights into their numberless nuances.
The Professor’s main works (above all, The Hobbit, The Lord of the Rings and The Silmarillion) are explored in their multifacete aspects, in connection with his life’s events and bearing in mind his own opinion on them, through his Letters and his essay On Fairy Stories.
Thanks to these sharp and compelling reflections, a wide range of viewpoints on his entire opus emerges, confirming its utmost relevance to the history of Literature, and offering some indeed new intuitions on the spirit of his creations.

Patrick Curry lives in London. He is the author of Defending Middle-Earth: Tolkien, Myth and Modernity, revised edition (Houghton Mifflin, 2004), which was recently translated into Italian under the title Tolkien: Mito e Modernità by Paolo Palmieri (Bompiani, 2019).  He is also the author of numerous articles and essays which have been collected in Deep Roots in a Time of Frost: Essays on Tolkien (Walking Tree Books, 2014). His other books include Ecological Ethics: An Introduction, revised edition (Polity Press, 2017 and Enchantment: Wonder in the Modern World (Floris Books, forthcoming in 2019), and he edits an online journal: The Ecological Citizen (http://ecologicalcitizen.net). More information can be found on his website: www.patrickcurry.co.uk.

Michaël Devaux, holder of Thiers Foundation grant (C.N.R.S. - Académie des sciences morales et politiques, 2000-2003), had a PhD in Metaphysics from the University Paris IV - Sorbonne (2004). He teaches Philosophy at the University of Caen Normandy from 2007, and the works of Tolkien in Paris (Collège des Bernardins). On Tolkien, he directed several books (2001, 2003, 2011, 2014), published about twenty articles, and edited unknown texts by Tolkien on elvish reincarnation.

Michael D.C. Drout is Professor of English and Director of the Center for the Study of the Medieval at Wheaton College, Massachusetts. Drout is the author of How Tradition Works, Tradition and Influence in Anglo-Saxon Literature,Drout’s Quick and Easy Old English, and How to Think: the Liberal Arts and their Enduring Value, and he is co-author of Beowulf Unlocked: New Evidence from Lexomic Analysis. He edited J. R. R. Tolkien’s Beowulf and the Critics and the J. R. R. Tolkien Encyclopedia and co-edited Transitional States: Cultural Change, Tradition and Memory in Medieval England. He is one of the co-editors of the journal Tolkien Studies.

Colin Duriez is a U.K. author, editor, and independent scholar who has published a number of books on J. R. R. Tolkien and related writers such as C.S. Lewis and the other members of the Inklings, and J.K. Rowling, and has a biography in progress on Dorothy L. Sayers. He has also lectured on these writers and fantasy themes in many countries including Italy, Spain, Greece, Finland, Poland, the United Kingdom, the USA, and Canada. He has been interviewed widely and appeared in documentaries on radio and television, including on J. R. R. Tolkien’s life and thought in the extended DVD set of Peter Jackson’s The Lord of the Rings. Colin is a long-standing member of The Tolkien Society. Books of his have appeared in around eighteen languages, including mainland Chinese, Italian, Japanese and Turkish.

John Garth is the author of Tolkien and the Great War (available in Italian as Tolkien e la Grande Guerra, Marietti, 2007) and the forthcoming Tolkien’s Worlds. He has won the British Tolkien Society’s Outstanding Contribution Award and the Mythopoeic Scholarship Award; and he regularly talks, teaches and writes on Tolkien. He has also written a short illustrated book, Tolkien at Exeter College, and contributed chapters to Catherine McIlwaine’s Tolkien: Maker of Middle-earth exhibition book and the Blackwell Companion to J. R. R. Tolkien. Among current projects is a further book on Tolkien's creative life in the context of his times, begun while a Fellow of the Black Mountain Institute, Nevada. Now freelance, Garth read English at Oxford and worked for many years for the London Evening Standard.

Thomas Honegger received his Ph.D. from the University of Zurich (Switzerland) where he taught Old and Middle English. He is, since 2002, Professor for English Medieval Studies at the Friedrich-Schiller-University, Jena (Germany). Homepage: http://www.iaa.uni-jena.de/Institut/Mitarbeiter%2Ainnen/Honegger_+Thomas-p-228.html. Contact: Tm.honegger@uni-jena.de

Gino Scatasta teaches English Literature and Media Cultures of Anglophone Countries at the University of Bologna and is the director of the Second cycle degree in Modern, Postcolonial and Comparative Literatures. He published a book on the plays of William Butler Yeats and translated and annotated Yeats’ Per Amica Silentia Lunae (2009) and Purgatory (1999). He has also worked on Victorian literature, organizing in Bologna the events for the bicentenary of the birth of Charles Dickens and editing the collective work The Inventions of Charles Dickens. Riletture, revisioni e riscritture (2014). He has recently published a book on the bohemian scene in London from 1850 to 1950 (Fitzrovia o la Bohème a Londra, 2018). One of his main recent interests is the British pop culture of the Sixties.

Guglielmo Spirito is a Conventual Franciscan friar and works and lives in Assisi. He was born in Buenos Aires in 1958 and studied Philosophy and Egyptology before joining the Order of Saint Francis. In Rome he obtained the Degree (Licenza) in Pastoral Theology of Health Care at the Camillianum and the Doctorate in Theology (PhD) with specialization in Spirituality at the Antonianum. He is professor at the Theological Institute of Assisi (ITA), at the Pontifical Faculty of Saint Bonaventure Seraphicumand at the Pontifical University Antonianum in Rome. He gave courses and lectures in England, Germany, France, Spain, Poland, Russia and Canada. On Tolkien, he has published essays, articles and books, some in Italian and mostly in English, published in Hither Shore and Walking Tree Publishers.

Giovanni Agnoloni is a writer, literary translator and blogger. Author of three essays on J. R. R. Tolkien’s works (Letteratura del fantastico. I giardini di Lorien, Nuova Letteratura fantasy and Tolkien e Bach. Dalla Terra di Mezzo all’energia dei fiori) and of a series of dystopian novels on the collapse of internet (Sentieri di notte, Partita di anime, La casa degli anonimi and L’ultimo angolo di mondo finito), partly published also in Spanish and Polish, over the last few years he has turned to psychological and travel-related fiction, and to poetry. He has translated novels by internationally renowned authors such as Amir Valle, Peter Straub and Daniela Sacerdoti, and numerous history essays, as well as one related to Tolkien, like The Wisdom of the Shire by Noble Smith, apart from co-translating (together with Marino Magliani) a collection of studies on Roberto Bolaño. He has been invited to several literary festivals and residencies around Europe, and held lectures and readings also in the United States. His personal website is www.giovanniagnoloni.com.