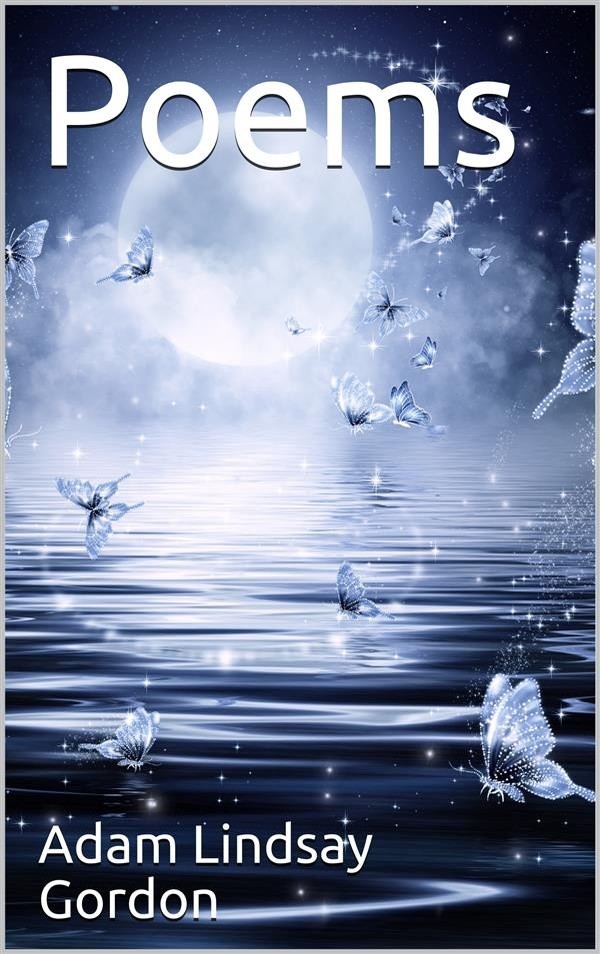 The poems of Gordon have an interest beyond the mere personal one which his friends attach to his name. Written, as they were, at odd times and leisure moments of a stirring and adventurous life, it is not to be wondered at if they are unequal or unfinished. The astonishment of those who knew the man, and can gauge the capacity of this city to foster poetic instinct, is that such work was ever produced here at all. Intensely nervous, and feeling much of that shame at the exercise of the higher intelligence which besets those who are known to be renowned in field sports, Gordon produced his poems shyly, scribbled them on scraps of paper, and sent them anonymously to magazines. It was not until he discovered one morning that everybody knew a couplet or two of "How we Beat the Favourite" that he consented to forego his anonymity and appear in the unsuspected character of a versemaker. The success of his republished "collected" poems gave him courage, and the unreserved praise which greeted "Bush Ballads" should have urged him to forget or to conquer those evil promptings which, unhappily, brought about his untimely death.

Adam Lindsay Gordon was the son of an officer in the English army, and was educated at Woolwich, in order that he might follow the profession of his family. At the time when he was a cadet there was no sign of either of the two great wars which were about to call forth the strength of English arms, and, like many other men of his day, he quitted his prospects of service and emigrated. He went to South Australia and started as a sheep farmer. His efforts were attended with failure. He lost his capital, and, owning nothing but a love for horsemanship and a head full of Browning and Shelley, plunged into the varied life which gold-mining, "overlanding", and cattle-driving affords. From this experience he emerged to light in Melbourne as the best amateur steeplechase rider in the colonies. The victory he won for Major Baker in 1868, when he rode Babbler for the Cup Steeplechase, made him popular, and the almost simultaneous publication of his last volume of poems gave him welcome entrance to the houses of all who had pretensions to literary taste. The reputation of the book spread to England, and Major Whyte Melville did not disdain to place the lines of the dashing Australian author at the head of his own dashing descriptions of sporting scenery. Unhappily, the melancholy which Gordon's friends had with pain observed increased daily, and in the full flood of his success, with congratulations pouring upon him from every side, he was found dead in the heather near his home with a bullet from his own rifle in his brain.