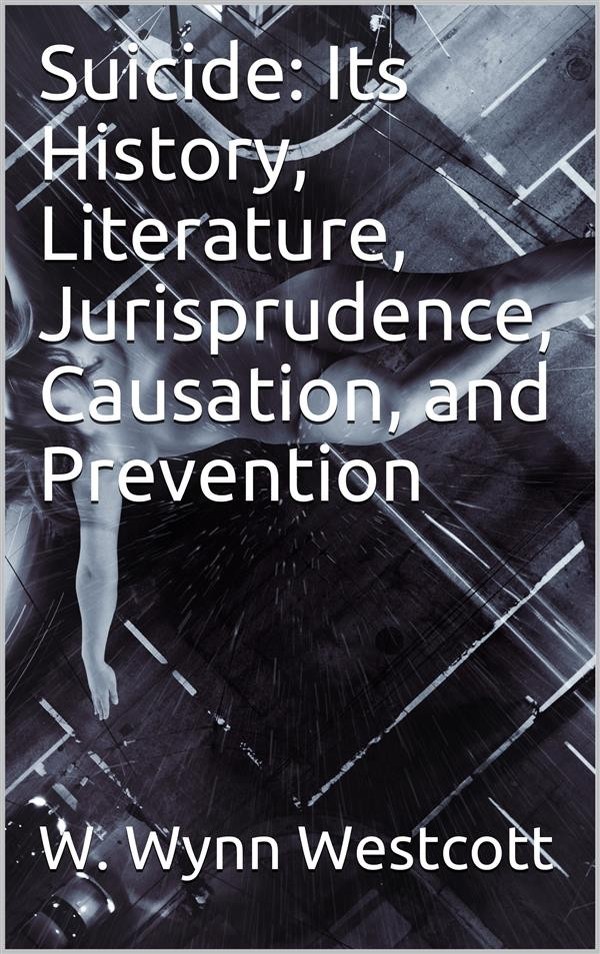 In preparing an Essay on Suicide, which I recently delivered before a Society of medical men in London, I found it impossible in the limited time at my disposal to do anything like justice to the gravity and importance of the subject.

The question is one well worthy of the earnest consideration of the community; indeed, it may be legitimately regarded as one of our Social Problems, as it involves matters which are intimately connected with our social organisation, and is with propriety embraced in our legislative enactments.

When we reflect, with satisfaction perhaps, that in England crime has been steadily decreasing, the fact that Suicide has been as steadily on the increase in Great Britain, and in almost every country in Europe, while it awakens our sympathy on behalf of the unhappy victims, should stimulate our exertions towards promoting the diminution of this moral plague spot.

These considerations, added to the fact that there are but two books in the English language devoted entirely to this subject,-one dated as far back as 1840, and the other, a most valuable but almost entirely statistical work, translated from the Italian,-have induced me to re-arrange and extend my notes, and I now offer them to my professional brethren and other students of Social Science in the following short treatise on the History, Literature, Jurisprudence, Causation, and Prevention of Suicide.

As Deputy Coroner for Central Middlesex frequent opportunities are afforded me of investigating cases of Suicide, and I have added to this volume original instances and estimates derived from those suicidal deaths of London, upon which inquests have been held by Dr. Danford Thomas, or myself.

The works of Legoyt, Morselli, and Wagner, contain an almost complete estimation of the statistical proportions in regard to the causes and means of suicide in France, Italy, Germany, &c., and to them I am greatly indebted for such information.


The Bibliographical Index contains the titles of other works which have been consulted.

Let me hope that my humble efforts may tend in some degree to the prevention of self-destruction, and the promotion of a more robust and healthy public opinion on the subject: if this volume conduces to these ends my object will have been achieved.