CHRISTMAS DAY - an illustrated extract from The Sketch Book of Geoffrey Crayon, Gent. 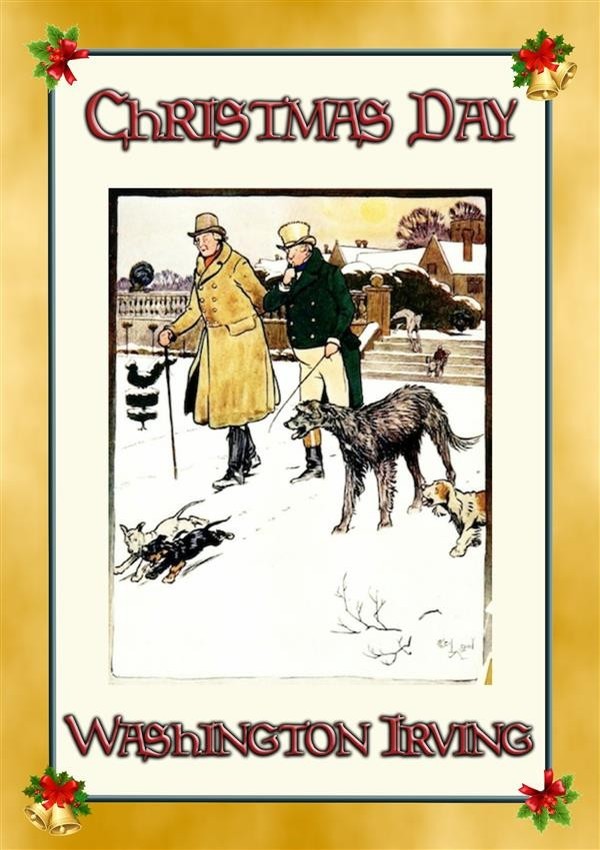 CHRISTMAS DAY - an illustrated extract from The Sketch Book of Geoffrey Crayon, Gent.

The Sketch Book of Geoffrey Crayon, Gent., is a collection of 34 essays and short stories written by Washington Irving and published serially throughout 1819 and 1820.

One of these stories is “The Legend of Sleepy Hollow,” for which is possibly more famous. However, five of the essays were about Christmas, or Yuletide, of which “Christmas Day” is but one. But Irving wrote much more about yuletide—so widely and imaginatively, in fact, that he’s often credited with creating Christmas in America as we know it.

Irving wrote with fondness of old English Christmases, with their dinners and dancing and singing, their decorations and blazing fires and their air of good cheer. “Amidst the general call to happiness, the bustle of the spirits, and stir of the affections, which prevail at this period,” he asked, “what bosom can remain insensible?” And it is these fond memories of the old English Christmas that are presented here in story form painting a picture of a really old fashioned Christmas.

“He did not ‘invent’ the holiday,” biographer Andrew Burstein notes, “but he did all he could to make minor customs into major customs—to make them enriching signs of family and social togetherness.”

Among Irving’s biggest contributions to Christmas in America was his promotion of St. Nicholas as a beloved character, laying the groundwork for the figure we’d eventually embrace as Santa Claus. Irving’s affection for Saint Nicholas proved durable. In 1835, he helped found the Saint Nicholas Society of the City of New York, serving as its secretary until 1841.

Beyond his interest in Nicholas, Irving advanced Christmas as the festive pageant of presents and feasting that now dominates the American and Western winter calendar.

So, no matter what time of year it is, treat yourself and pretend it’s Christmastide, concoct a hot toddy and sit back in front of a roaring fire and enjoy this Old Fashioned Christmas tale.