Religio Medici, Hydriotaphia, and the Letter to a Friend 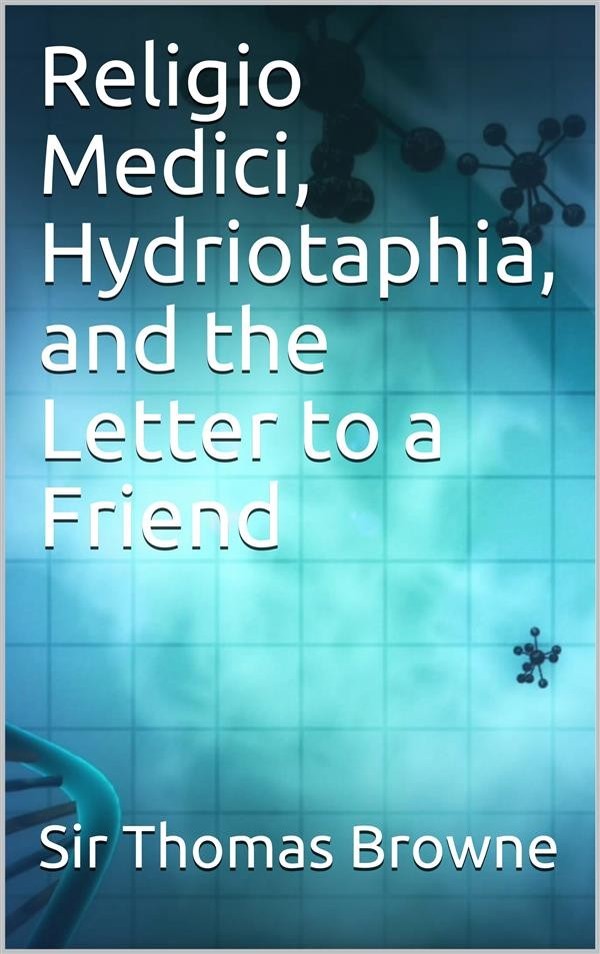 Religio Medici, Hydriotaphia, and the Letter to a Friend

Sir Thomas Browne was a 17th century author who wrote on a wide variety of subjects including medicine, religion, science and the esoteric. He is best known for his work entitled "Religio Medici", or "The Religion of a Doctor", which is Browne's own spiritual testament and an early example of a psychological self-portrait.

Published in 1643, shortly after the author had qualified himself to practice medicine, "Religio Medici" became a best-seller throughout the European continent and because of its unorthodox views was admonished by the Catholic Church by being placed on the "Index Librorum Prohibitorum", or list of prohibited books. While largely an exposition of Christian faith the work meanders into digressions upon alchemy, hermetic philosophy, astrology, and physiognomy.

Also included in this edition is "Hydriotaphia, Urn Burial, or a Discourse of the Sepulchral Urns lately found in Norfolk" and "A Letter to a Friend." The first work revolves around the discovery of a Roman urn burial in Norfolk which Browne uses to discuss ancient and current burial and funerary customs and extends to a greater inquiry of man's struggles with mortality. The second, which as written in 1656 and published posthumously in 1690, is a medical treatise of case-histories and witty speculations upon the human condition.