American Like Me: Reflections on Life Between Cultures​​​​​​​ by America Ferrera​​​​​​​  | Conversation Starters 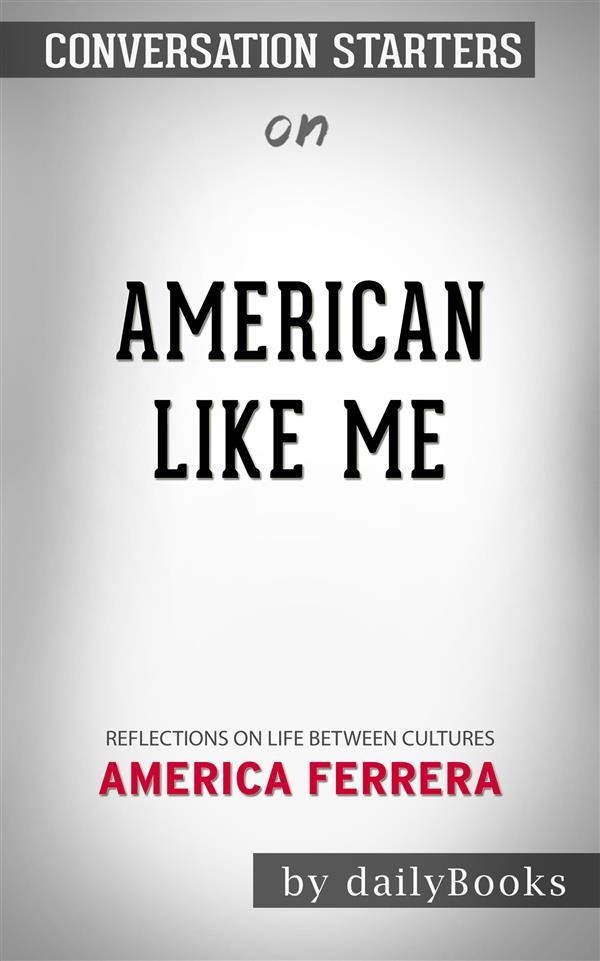 American Like Me: Reflections on Life Between Cultures​​​​​​​ by America Ferrera​​​​​​​  | Conversation Starters

American Like Me: Reflections on Life Between Cultures  by America Ferrera  | Conversation Starters

Liza Koshy liked being racially ambiguous. Forever the ethnically mysterious little brown girl. She describes her culturally assorted friends "not as a melting pot but a salad bowl who were "tossed haphazardly together" and created a delicious dish with each culture contributing a "special flavor or texture." Actress Issa Rae tells her story about growing up in Los Angeles and spending her childhood summers in Senegal. Rae describes herself as a nerdy girl who was "berated for ‘acting white' " in her American school but had confidence whenever she went home to Senegal. Chicago Sun-Times  says "Ferrera's essay collection is filled with gems... funny, touching and complicated reminders that the word "American" is wonderfully and endlessly undefinable." The other authors include Issa Rae, Lin Manuel Miranda, Randall Park, Roxanne Gay, Michelle Kwan, and many more.
American Like Me is written and edited by Ferrera, an award-winning actress, director, and activist. She is the winner of Golden Globe and Emmy awards for the ABC comedy Ugly Betty.