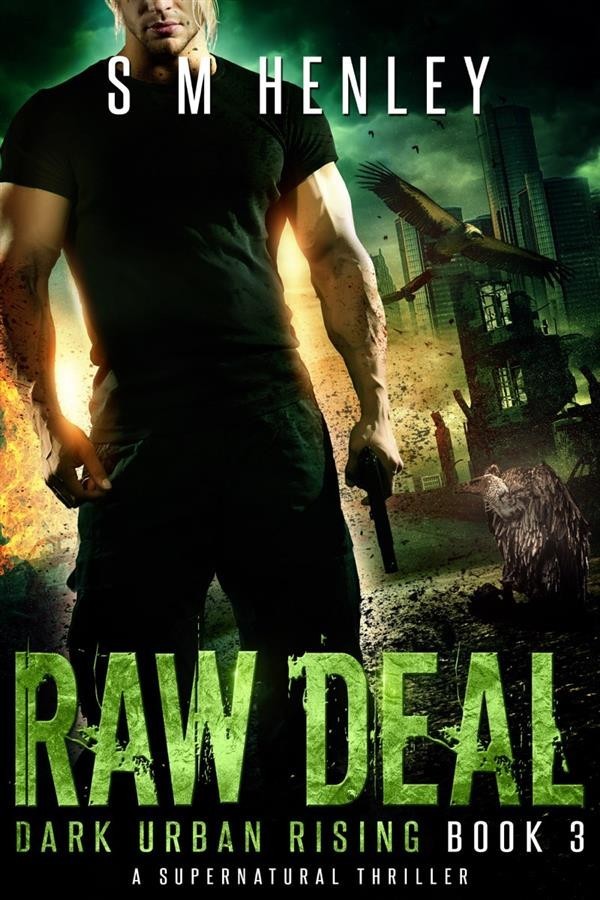 Good guys don’t make deals with demons. Do they?

The world is approaching the Tipping Point—when the rising demons will outnumber humankind. Assassin for hire, Soren Huxford, needs to pick a side. It should be easy; he’s human after all and so is Tazia, the girl he loves and his first priority. But when the only demon he respects calls in a favor, Hux faces an impossible choice: hold true to humanity or prove his loyalty by throwing-down alongside the demons.

Set against a backdrop of imminent disaster, where fighting the demons from his past are as real as those leaping from each dark corner, Soren needs to get a grip or he may become a monster too. And what about the girl? If he picks the wrong side, will he lose her forever?

Still with its gritty humor intact, Raw Deal is the darkest of the Dark Urban Rising trilogy. Though Hux leads the charge, this third and final book brings him back together with Tazia and Billy to face the day of reckoning. Raw Deal is a supernatural thriller set on the streets of modern-day Las Vegas, Detroit, and Turin. Blood is guaranteed.