Lincoln's Last Trial: The Murder Case That Propelled Him to the Presidency​​​​​​​ by Dan Abrams ​​​​​​​| Conversation Starters 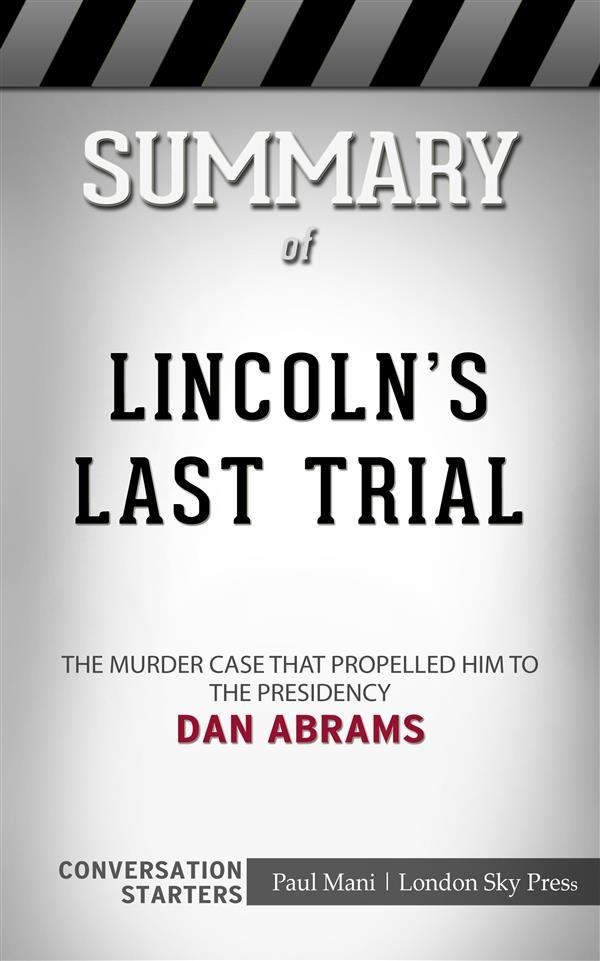 Lincoln's Last Trial: The Murder Case That Propelled Him to the Presidency​​​​​​​ by Dan Abrams ​​​​​​​| Conversation Starters

Lincoln's Last Trial: The Murder Case That Propelled Him to the Presidency by Dan Abrams ​​​​​​​| Conversation Starters

Abraham Lincoln was the lead defense counsel in the trial State of Illinois vs. Peachy Quinn Harrison. Harrison was accused of murder after stabbing and killing Greek Crafton just outside the town of Springfield. The victim was his trainee in his law office while the accused was the son of a dear friend a political supporter. The trial, held in the summer of 1859, was a crucial moment that would have a pivotal impact on his future. The trial also required Lincoln to work with a political enemy, a preacher who had been twice his contender in his attempts to win political office and one who accused him of being an infidel and faithless. This book came into being when the Lincoln Legal Papers, with 96,000 documents collected from 1985 to 2000 were made available online by the Lincoln Presidential Library. The documents were accessed by Dan Abrams and David Fisher who went on to write Lincoln's Last Trial, a book that gives a deeper understanding of the 16th president's two decade's work as a lawyer.

Lincoln's Last Trial is an Instant New York Times bestseller and is proclaimed the 2018 favorite and best book by the Washington Independent Review of Books, Suspense Magazine, and Mental Floss.