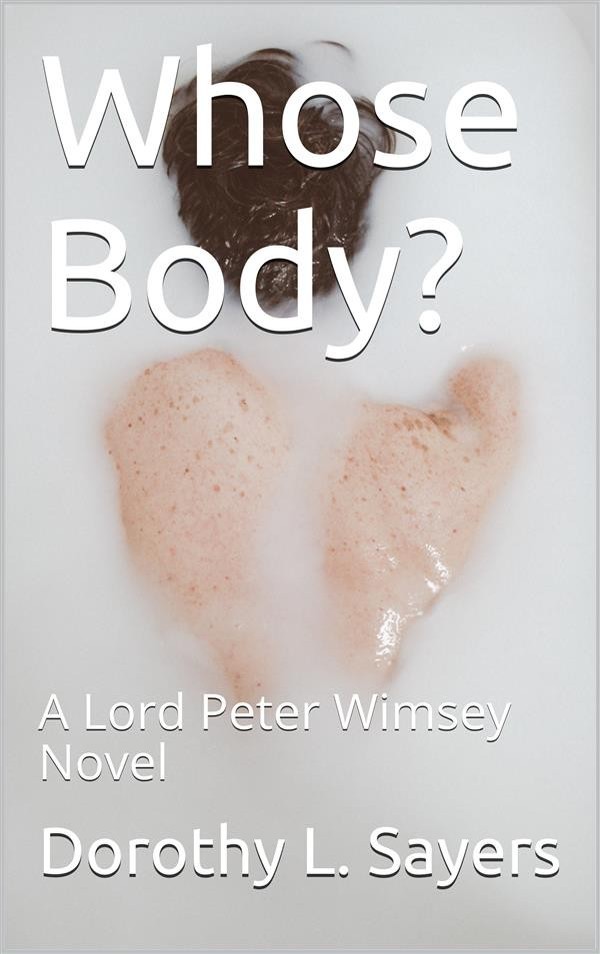 Whose Body? is a 1923 mystery novel by Dorothy L. Sayers, in which she introduced the character of Lord Peter Wimsey.

A dead body of an unknown man is found in a tub of a seemingly harmless local architect, and it is up to Lord Peter Wimsey to prove his innocence. To add to the mystery, somebody shaved this man after his was dead. Lord Peter Wimsey also looks into a disappearance of a prominent financier to help his friend inspector Parker.

Thipps, an architect, finds a dead body wearing nothing but a pair of pince-nez in the bath of his London flat. Lord Peter Wimsey -- a nobleman who has recently developed an interest in criminal investigation as a hobby -- resolves to investigate the matter privately. Leading the official investigation is Inspector Sugg who suggests that the body may be that of the famous financier Sir Reuben Levy who disappeared from his bedroom in mysterious circumstances the night before. Sir Reuben's disappearance is in the hands of Inspector Charles Parker, a friend of Wimsey's. It quickly becomes clear that the body in the bath is not that of Sir Reuben (though there is some superficial resemblance), and it appears that the cases may be unconnected. Wimsey joins Parker in his investigation.

Thipps's flat is near a teaching hospital, and Wimsey considers the possibility that the unexpected appearance of a body may have been the result of a joke perpetrated by one of the medical students. But that is excluded by evidence given at the inquest by the respected surgeon and neurologist Sir Julian Freke, who states that there was no subject missing from his dissecting room.

A prostitute's chance encounter with Levy on the night of his disappearance, on the road leading to the hospital and to Sir Julian Freke's house next door, provides Wimsey with the clue that allows him to link the two cases. Freke maintains that he was discreetly being consulted by Levy about a medical problem, and that Levy left at about 10pm. Freke's manservant reports that Freke was inexplicably taking a bath at about 3 o'clock the following morning, judging from the noise of the cistern.