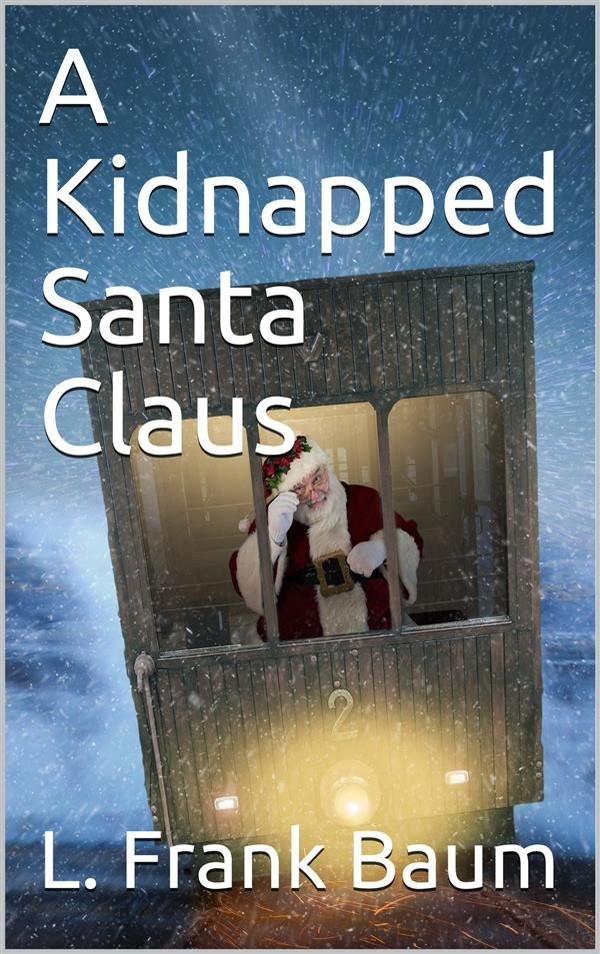 "A Kidnapped Santa Claus" is a Christmas-themed short story written by L. Frank Baum, famous as the creator of the Land of Oz; it has been called "one of Baum's most beautiful stories" and constitutes an influential contribution to the mythology of Christmas.

"A Kidnapped Santa Claus" was first published in the December 1904 edition of The Delineator, the women's magazine that would print Baum's Animal Fairy Tales in the following year. The magazine text was "admirably illustrated" with "pen drawings of marked originality" by Frederick Richardson, who would illustrate Baum's Queen Zixi of Ix in 1905.

The story opens with a quick overview of Santa's castle in the Laughing Valley. Its focus soon switches to the five Caves of the Daemons in nearby (though unnamed) mountains. These creatures are pagan daemons rather than Christian demons, in that they are not servants of Satan or necessarily evil. Four of the five, the Daemons of Selfishness, Envy, Hatred, and Malice, certainly are bad, but the fifth, the Daemon of Repentance, is a more ambiguous figure.

The Daemons of the Caves resent Santa Claus because children under the influence of his gifts rarely visit their caves. They decide to frustrate his efforts and counter his influence. (The Daemon of Repentance goes along with the plan, since children cannot reach his remote cave without passing through the caves of his compatriots beforehand.) The Daemons first try to tempt Santa Claus to their own vices; they visit him one by one, and attempt to lure him into selfishness, envy, and hatred. Santa Claus merely laughs at their clumsy efforts. (The obvious model for these episodes is the Temptation of Christ in the Synoptic Gospels.) Failing at temptation, the Daemons instead kidnap Santa Claus; they lasso him as he is riding in his sleigh on Christmas Eve, and bind him in their caverns.

Santa Claus is accompanied on his rounds by Wisk the fairy, Kilter the pixie, Peter the knook, and Nutter the ryl (introduced as "The Deputies of Santa Claus" in the last chapter of The Life and Adventures of Santa Claus), who travel under the seat of his sleigh; once the four realize that Santa is gone, they endeavor to complete his mission and deliver the gifts. They generally succeed, though with some mistakes; they deliver a toy drum to a little girl and a sewing kit to a little boy. Overall, though, they manage to save Christmas. Then they report Santa's absence; the queen of the fairies in the Forest of Burzee knows what has happened. An army of magical creatures is mustered to rescue the missing hero. Meanwhile, though, Santa is released from captivity by the Daemon of Repentance, who has repented the kidnapping. Santa meets the army on its way, and turns it back from attacking the daemons.