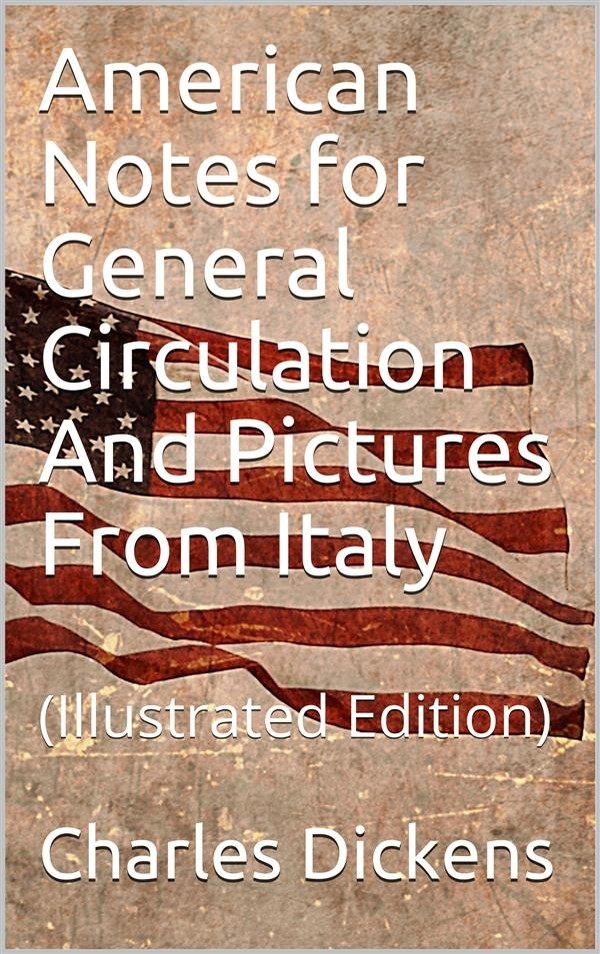 American Notes for General Circulation is a travelogue by Charles Dickens detailing his trip to North America from January to June 1842. While there he acted as a critical observer of North American society, almost as if returning a status report on their progress. This can be compared to the style of his Pictures from Italy written four years later, where he wrote far more like a tourist. His American journey was also an inspiration for his novel Martin Chuzzlewit. Having arrived in Boston, he visited Lowell, New York, and Philadelphia, and travelled as far south as Richmond, as far west as St. Louis and as far north as Quebec. The American city he liked best was Boston – "the air was so clear, the houses were so bright and gay. [...] The city is a beautiful one, and cannot fail, I should imagine, to impress all strangers very favourably." Further, it was close to the Perkins Institution and Massachusetts Asylum for the Blind where Dickens encountered Laura Bridgman, who impressed him greatly.

On 3 January 1842, one month shy of his 30th birthday, Dickens sailed with his wife, Catherine, and her maid, Anne Brown, from Liverpool on board the steamship RMS Britannia bound for America. Arriving in Boston on 22 January 1842, the author was at once mobbed. Dickens at first revelled in the attention, but soon the endless demands on his time began to wear on his enthusiasm. He complained in a letter to his friend John Forster:

He travelled mainly on the East Coast and the Great Lakes area of both the United States and Canada, primarily by steamboat, but also by rail and coach. During his extensive itinerary, he made a particular point of visiting prisons and mental institutions and even took a quick glimpse at the prairie. He was particularly critical of the American press and the sanitary conditions of American cities. He also wrote merciless parodies of the manners of the locals, including, but not limited to, their rural conversations and practice of spitting tobacco in public (Ch. 8 – Washington):

"As Washington may be called the headquarters of tobacco-tinctured saliva, the time is come when I must confess, without any disguise, that the prevalence of those two odious practices of chewing and expectorating began about this time to be anything but agreeable, and soon became most offensive and sickening."