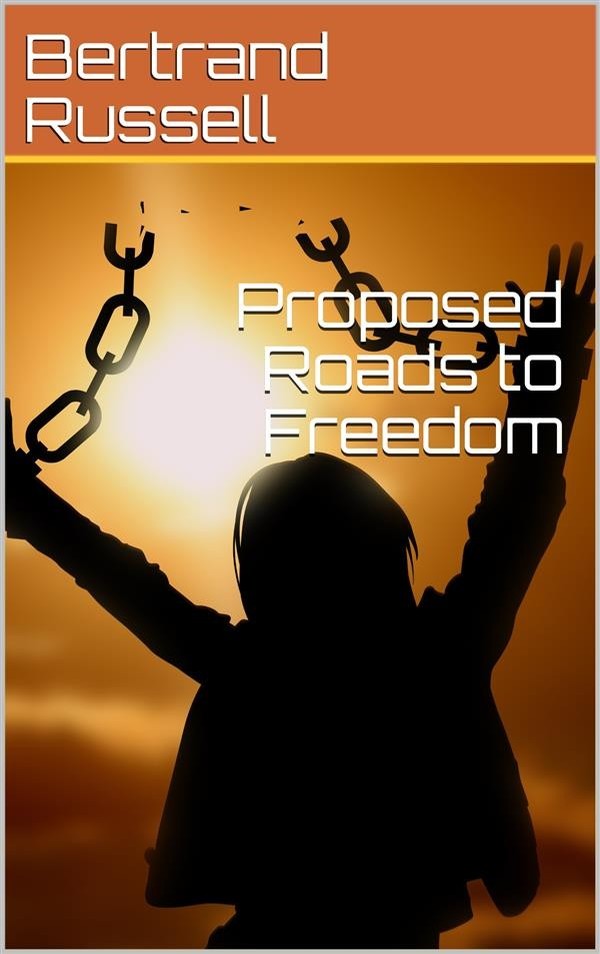 "Roads to Freedom" is a fascinating glimpse of progressive intellectual politics at the turn of the twentieth century. Written at the end of the first world war in the midst of great and rapid world change, the book is an historical analysis and criticism of Socialism, Anarchism and Syndicalism by the British philosopher Bertrand Russell, the author of "Why Men Fight."

Highlighting the effects of nature and society on man's decision-making, Russell in his introduction states that "THE attempt to conceive imaginatively a better ordering of human society than the destructive and cruel chaos in which mankind has hitherto existed is by no means modern..."

This is great for a historic look back at these philosophies. This was written almost one hundred years ago, so the implications of these different philosophies has changed over the years, but we need to know where we have been to figure out where we are going.

This book, though written in 1918, contains a lot of information relevant to discussions of socialist and anarchist thought in the 19th century. Russel discusses these two ideologies, following the socialist Marx with his economic analysis , and the divide between him and the anarchists such as Bakunin and Kropotkin. Russel Overviews different forms of socialism - useful least of all because it can demonstrates to the uninformed that socialism is not some monolithic ideology but a diverse array of principles and worldviews. He critiques some of the different forms, including the authoritarian marxism that was on the rise. Though he is hopeful about the Russian revolution, which was a current event in 1918, he accurately predicts that state socialism could devolved into Bakunin's "red bureaucracy" wherein the worker is not liberated, but has traded in capitalist oppressors for state oppressors. This describes perfectly what was to transpire within the USSR. In addition to discussing and critiquing ideologies, he also prescribes his own idea for what ideals should guide us on the road to freedom.