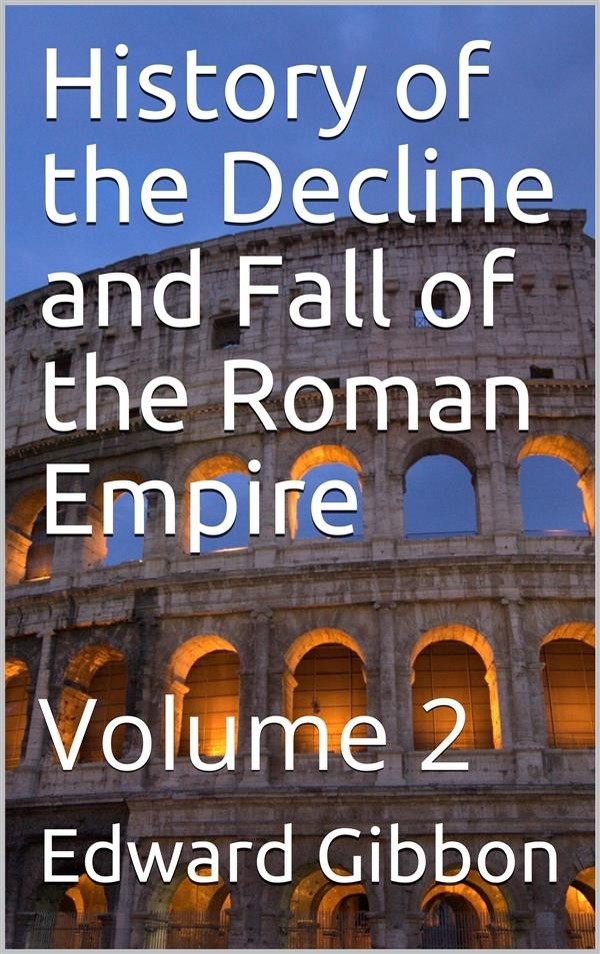 The History of the Decline and Fall of the Roman Empire[a] is a six-volume work by the English historian Edward Gibbon. It traces Western civilization (as well as the Islamic and Mongolian conquests) from the height of the Roman Empire to the fall of Byzantium. Volume I was published in 1776 and went through six printings. Volumes II and III were published in 1781; volumes IV, V, and VI in 1788–1789.

Gibbon’s work remains a great literary achievement and a very readable introduction to the period, but considerable progress has since been made in history and archaeology, and his interpretations no longer represent current academic knowledge or thought.

Gibbon's tone was detached, dispassionate, and yet critical. He can lapse into moralisation and aphorism.

Gibbon's citations provide in-depth detail regarding his use of sources for his work, which included documents dating back to ancient Rome. The detail within his asides and his care in noting the importance of each document is a precursor to modern-day historical footnoting methodology.

The work is notable for its erratic but exhaustively documented notes and research. John Bury, following him 113 years later with his own History of the Later Roman Empire, commended the depth and accuracy of Gibbon's work. Unusually for 18th century historians, Gibbon was not content with second-hand accounts when primary sources were accessible. "I have always endeavoured", Gibbon wrote, "to draw from the fountain-head; that my curiosity, as well as a sense of duty, has always urged me to study the originals; and that, if they have sometimes eluded my search, I have carefully marked the secondary evidence, on whose faith a passage or a fact were reduced to depend." The Decline and Fall is a literary monument and a massive step forward in historical method.