Men of Invention and Industry 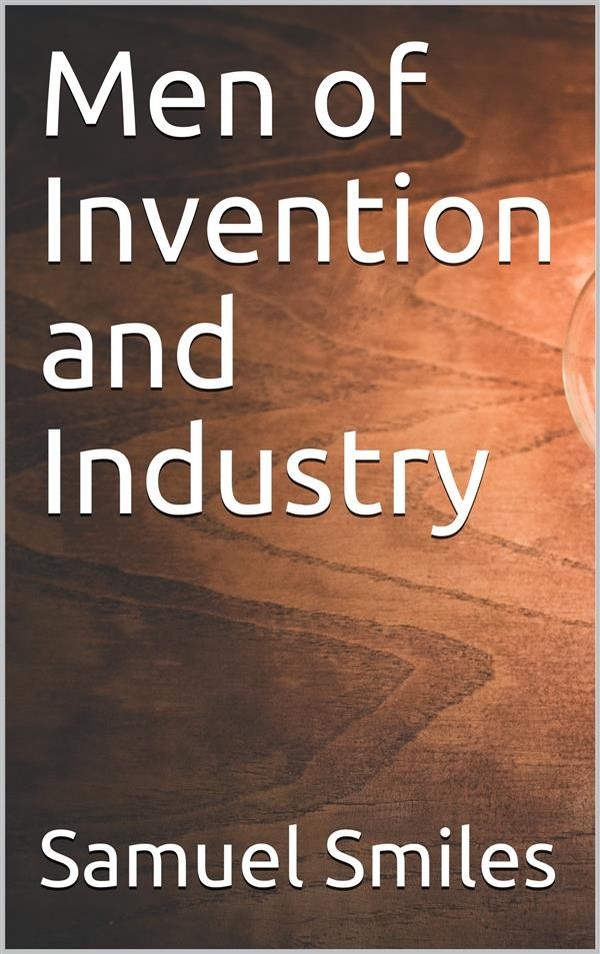 Men of Invention and Industry

Renowned Scottish author, reformer and editor, Samuel Smiles wrote series of biographies of men who achieved success through hard work. He preached the virtues of hard work and industry through his work.

A detailed history of some of the great inventors and inventions of the world. Contents Include Phineas Pett : Begginers of English Shipbuilding Francis Pettit Smith : Practical Introducer of the Screw Propeller John Harrison : Inventer of the Marine Chronometer John Lombe : Introducer of the Silk Industry into England William Murdock

Interesting writing from 1884 about men who brought their invention to the public within England, Ireland and Scotland. It reads like chapters in an encyclopedia, not like something meant to be sequential chapters - generally. It all begins with shipbuilding and the advantages of the screw propeller, the obstacles the inventor had to overcome - waves damaging to canals, for example. Then are the chapters devoted to the invention of the printing press, several chapters, all discussing the individual inventors and their difficulties and the respective invention. There is, for example, the exiled German Frederick Koenig, who saw others make capital out of his work and who then moved back to Germany and became successful in Bavaria. This chapter is followed by one discussing "The Walters of The Times," again dealing with printing presses but portraying the various Walters and their contributions to the "Industry of Britain." There is also a discussion of the latitude/longitude problems and how John Harrison was able to solve it. And then, not to be forgotten, there is Harland of Belfast. All a little disparate, although interesting. Not to be read as as chapters in a book.


Phineas Pett : beginnings of English shipbuilding -- Francis Pettit Smith, practical introducer of the screw propeller -- John Harrison, inventor of the marine chronometer -- John Lombe, introducer of the silk industry into England -- William Murdock, his life and inventions -- Frederick Koenig, inventor of the steam-printing machine -- The Walters of the "Times" : invention of the Walter press -- William Clowes : book-printing by steam -- Charles Bianconi : a lesson of self-help in Ireland -- Industry in Ireland : through Connaught and Ulster to Belfast -- Ship-building in Belfast / by E.J. Harland, engineer and shipbuilder -- Astronomers and students in humble life : a new chapter in the "Pursuit of knowledge under difficulties".