The Hastings Road / And the "Happy Springs of Tunbridge" 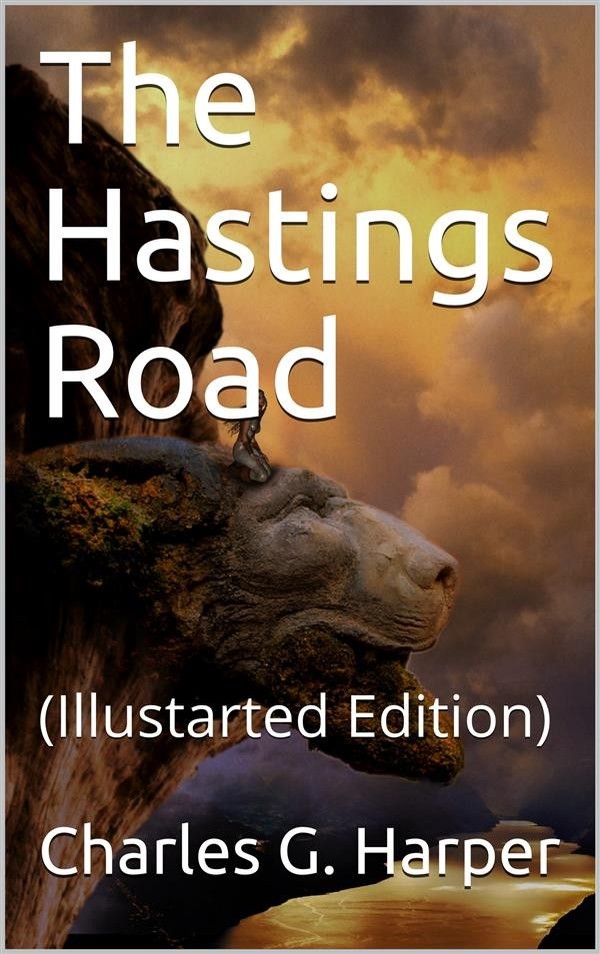 The Hastings Road / And the "Happy Springs of Tunbridge"

The Road to Hastings is hilly. Not, perhaps, altogether so hilly as the Dover Road, and certainly never so dusty, nor so Cockneyfied; but the cyclist who explores it finds, or thinks he finds, an amazing amount of rising gradient in proportion to downhill, no matter which way he goes.

Sevenoaks town, the matter of twenty miles down the road, is certainly preceded by the long, swooping down-grades of Polhill; but the lengthiest descent, by mere measurement in rods, poles, and perches, is only an incident in descending, while the inevitable corresponding rise is, the climbing of it, a long-drawn experience. To the motorist, who changes from high-gear to lower, and then, as the gradient stiffens, to lowest, and so with labouring engine crawls uphill, like a bluebottle up a window-pane, the revulsion from charging along the levels at an illegal pace, raising veritable siroccos of dust, is heart-breaking.

Sevenoaks town crests the ramparted downs, and the hilly road goes up to it in steep lengths, with other lengths as near as may be flat, leading you to believe you are there, when in sheer cold fact you are not there, and still have other incredible gradients to climb. And yet, returning, you shall find the descent by no means so precipitous. River Hill by that time will have taken pride of place.

For the other hills, let them be taken on trust; they are surely there, as also are those long rises, insensible to the sight of the toiling cyclist, but patent to his feeling as he wearily pushes round his unwilling pedals. For the motor-cyclist, with disabled engine, the Hastings Road is more tragical than anything Shakespeare ever staged.

The Hastings Road is, in short, the pedestrian’s road. You would not say so much of the Bath Road or the Exeter Road between Hounslow and Taplow, and Staines; nor even of the great North Road where it runs flat through Bedfordshire and Hunts. There the way recedes ever into the infinite, and there, if anywhere, the hurtling motorist is to be excused of his illegality. Here, however, on the way to Hastings, you linger by hillside and valley, for the road goes through the most beautiful parts of Sussex and of Kent, and marches through much diverting social and national history, to the scene of the crowning tragedy of Battle. I am not of those who find the story of the Battle of Hastings sheer dry-as-dust. It is to me a living story, though over eight hundred years old, and it will live for you who explore that stricken field, if so be you explore it away from the perfunctory guides who parrot the half-holiday public through the grounds of Battle Abbey.

But they are not necessarily the larger happenings that interest me in these pages. I can find it easily possible—nay, effortless—to turn from catastrophic struggles, and take an absorbing interest in some one’s back garden: that is the way to keep boredom at arm’s length. The mediæval knight who swore by his “halidom,” and the modern hop-picker who says “blimy!” (and stronger things than that) are both entertaining persons; would that Time were bridged, and they could be introduced to one another! What the knight and the “caitiff” would severally think of either would be well worth the hearing.