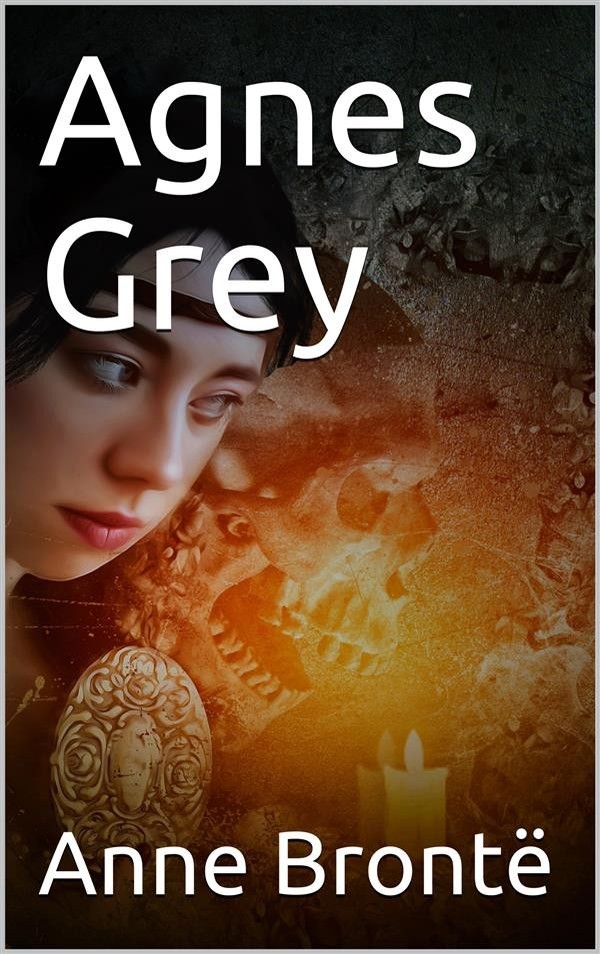 Agnes Grey, A Novel is the debut novel of English author Anne Brontë (writing under the pen name of Acton Bell), first published in December 1847, and republished in a second edition in 1850. The novel follows Agnes Grey, a governess, as she works within families of the English gentry. Scholarship and comments by Anne's sister Charlotte Brontë suggest the novel is largely based on Anne Brontë's own experiences as a governess for five years. Like her sister Charlotte's novel Jane Eyre, it addresses what the precarious position of governess entailed and how it affected a young woman.

The choice of central character allows Anne to deal with issues of oppression and abuse of women and governesses, isolation and ideas of empathy. An additional theme is the fair treatment of animals. Agnes Grey also mimics some of the stylistic approaches of bildungsromans, employing ideas of personal growth and coming to age, but representing a character who in fact does not gain in virtue.

The Irish novelist George Moore praised Agnes Grey as "the most perfect prose narrative in English letters," and went so far as to compare Anne's prose to that of Jane Austen. Modern critics have made more subdued claims admiring Agnes Grey with a less overt praise of Brontë's work than Moore.

Agnes Grey is the daughter of Mr. Grey, a minister of modest means, and Mrs. Grey, a woman who left her wealthy family and married purely out of love. Mr. Grey tries to increase the family's financial standing, but the merchant he entrusts his money to dies in a wreck, and the lost investment plunges the family into debt.

Agnes, her sister Mary, and their mother all try to keep expenses low and bring in extra money, but Agnes is frustrated that everyone treats her like a child. To prove herself and to earn money, she is determined to get a position as a governess. Eventually, she obtains a recommendation from a well-placed acquaintance, is offered a position, and secures her parents' permission. With some misgivings, she travels to Wellwood house to work for the Bloomfield family.

The Bloomfields are rich and much crueller than Agnes had expected. Mrs. Bloomfield spoils her children while Mr. Bloomfield constantly finds fault with Agnes's work. The children are unruly and Agnes is held accountable for them despite being given no real authority over them. Tom, the oldest Bloomfield child, is particularly abusive and even tortures small animals. In less than a year, Agnes is relieved of her position, since Mrs. Bloomfield thinks that her children are not learning quickly enough. Agnes returns home.

She then begs her mother to help her find a new situation. Agnes advertises and is given a position in an even wealthier family – the Murrays. The two boys, John and Charles, are both sent to school soon after her arrival, but the girls Rosalie and Matilda remain her charges. Matilda is a tomboy and Rosalie is a flirt. Both girls are selfish and sometimes unpleasant, and although Agnes's position is slightly better than it was at Wellwood house, she is frequently ignored or used in the girls' schemes.