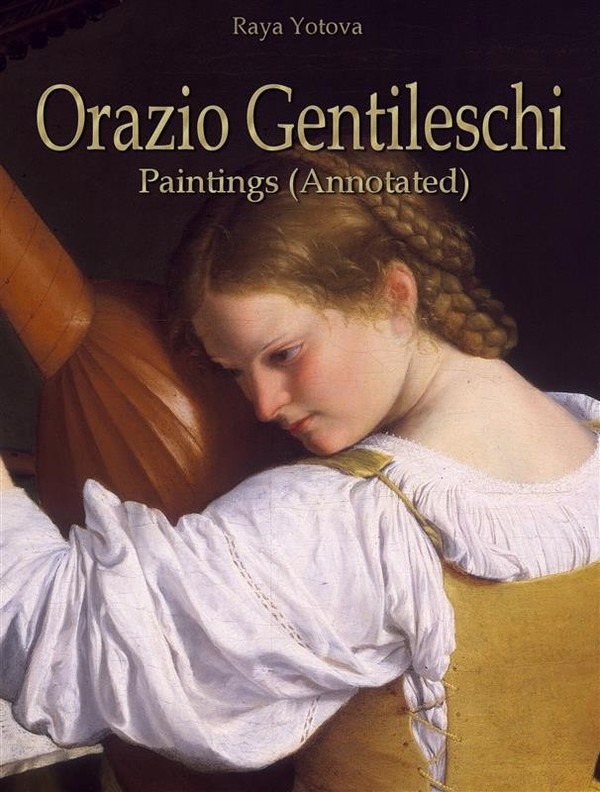 Orazio Lomi Gentileschi was the father of the woman artist, Artemisia Gentileschi. Orazio was born in Tuscany, the son of a Florentine goldsmith. Much of his early work in Rome was to paint in cooperation with other artists. He painted the figures for the landscapes of Agostino Tassi at Palazzo Rospigliosi and probably in the big hall of Quirinal Palace. Orazio also worked in the churches of Santa Maria Maggiore, San Nicola in Carcere, Santa Maria della Pace and San Giovanni in Laterano.
Since about 1600, the Gentileschi's style has been changed by his contact with Caravaggio who was then in Rome. After the departure of Caravaggio, Gentileschi developed a more personal Tuscan lyrical style, characterized by lighter colors and attention to detail, reminiscent of his early paintings influenced by Mannerism.
In 1611 Gentileschi again collaborated with Tassi on works incorporating the Casino delle Muse decorations. Their association, however, ended due to a dispute over the money.
In 1612, he was summoned to the Tribunal of Rome to testify against his colleague Tassi, charged with the rape of Orazio's daughter, Artemisia Gentileschi.
Between 1613 and 1619 he built an outstanding reputation from his work for art patrons in the cities of Ancona and Fabriano.
In 1621 OrazioGentileschi moved to Genoa at the invitation of Giovanni Antonio Sauli.
In the summer or autumn of 1624, he left Genoa and departed for Paris in the Queen Mother's Court, Marie de Medici. He stayed there for two years, but only one picture of his stay there was identified.
In 1626, the artist, accompanied by his three sons, left France and headed for England, where he became part of the envoy of the First Minister of the King.
He remained to live and work in England for the rest of his life. He was a favorite artist of Queen Henrietta Maria for which he made ceiling frescoes at Queen's House, Greenwich.
The works of his English period are more elegant, perfect as technique and more restrained than his previous paintings.
In England, van Dyck made a portrait-drawing of Gentileschi and included it in his Iconography, a series of portraits of leading artists, political leaders, collectors and scientists of the time that van Dyck intended to publish as a set of engravings.
Orazio Lomi Gentileschi died in London in February 1639 and was buried in Queen's Chapel at Somerset House.