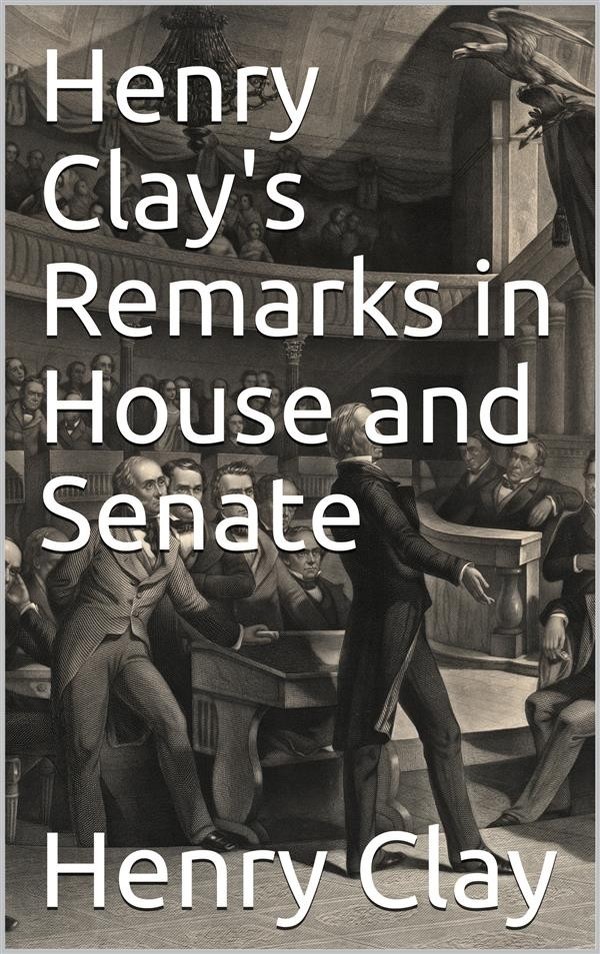 This "book" is really a six-page pamphlet consisting of two of Clay's speeches in Congress.

Henry Clay Sr. (April 12, 1777 – June 29, 1852) was an American attorney and statesman who represented Kentucky in both the United States Senate and United States House of Representatives, served as 7th speaker of the U.S. House of Representatives, and served as the 9th U.S. secretary of state. He received electoral votes for president in the 1824, 1832, and 1844 presidential elections and helped found both the National Republican Party and the Whig Party. For his role in defusing sectional crises, he earned the appellation of the "Great Compromiser."