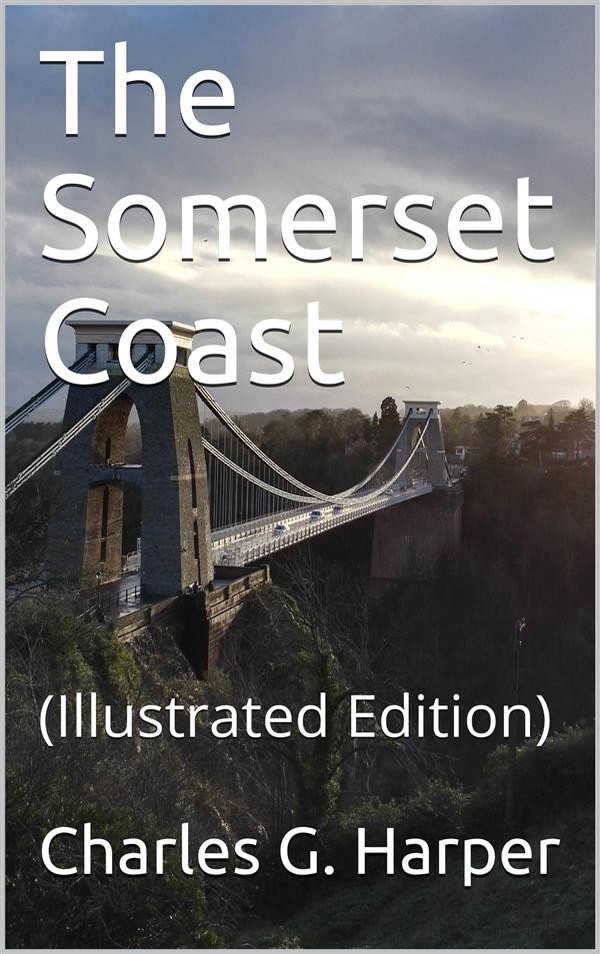 The coast of Somerset, then, to make a beginning with it, opens with the great port and city of Bristol, on the navigable estuary of the river Avon, and ends at Glenthorne, where the North Devon boundary is met. The distance between these two points is sixty miles. Throughout the entire length of this coastline, that of South Wales is more or less clearly visible; the Bristol Channel being but four and a half miles wide at Avonmouth; seven and a half miles at Brean Down, by Weston-super-Mare, and fifteen miles at Glenthorne.

The foreshore of a great part of this coast is more or less muddy; the Severn, which you shall find to be a tea or coffee-coloured river, even at Shrewsbury a hundred miles or so up along its course, from the particles of earth held in suspension, depositing much of this, and the even more muddy rivers Avon and Parret contributing a larger proportion. The “Severn Sea,” as poetical and imaginative writers style this estuary, known to matter-of-fact geographers as the “Bristol Channel,” is therefore apt to be of a grey hue, except under brilliant sunshine.

But it would be most unjust to infer from these remarks, that mud, and only mud, is the characteristic of these sixty miles. Indeed, the Somerset Coast is singularly varied, and has many elements of beauty. Between the noble scene of its opening, where the romantic gorge of the Avon, set with rugged cliffs and delightful woods, is spanned by the airy Suspension Bridge of Clifton, and the wood-clad steeps of Glenthorne, you will find such beautiful places as Portishead and Weston, whose scenery no crowds of vulgarians can spoil; and Dunster, Minehead, and Porlock, which need no advertisement from this or any other pen. I have purposely omitted Clevedon from the list above, for it does not appeal to me.