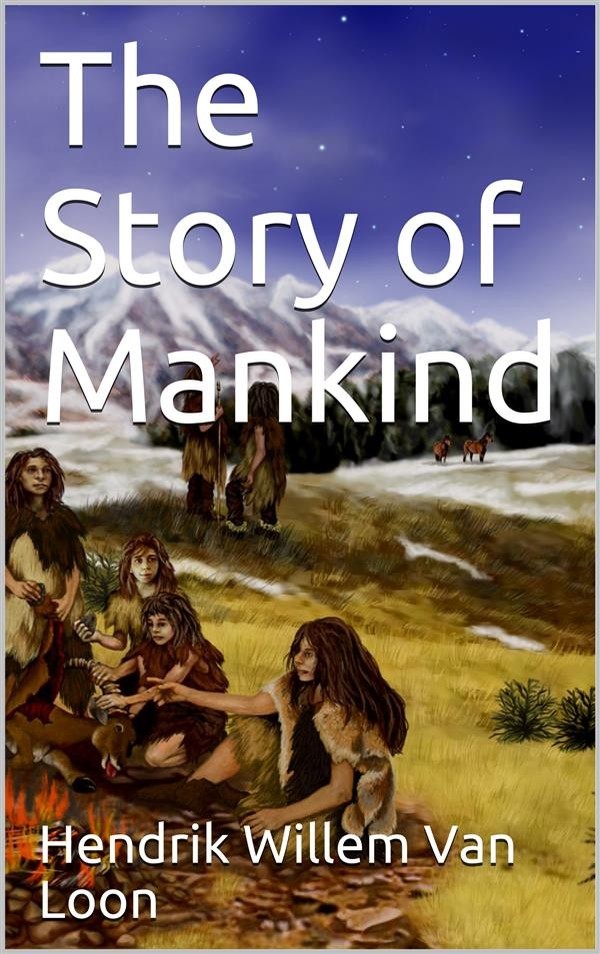 The Story of Mankind was written and illustrated by Dutch-American journalist, professor, and author Hendrik Willem van Loon and published in 1921. In 1922, it was the first book to be awarded the Newbery Medal for an outstanding contribution to children's literature.

Written for Van Loon's children (Hansje and Willem), The Story of Mankind tells in brief chapters the history of western civilization beginning with primitive man, covering the development of writing, art, and architecture, the rise of major religions, and the formation of the modern nation-state. Van Loon explains in the book how he selected what and what not to include by subjecting all materials to the question: Did the person or event in question perform an act without which the entire history of civilization would have been different?

After the book's first edition in 1921, Van Loon published an updated edition in 1926 which included an extra essay entitled "After Seven Years", about the effects of World War I and another update in 1938 with a new "Epilogue." Since Van Loon's death in 1944, The Story of Mankind has been added to extensively by his son, Gerrit van Loon. The most recent version by Robert Sullivan (2014) covers events up to the early 2010s.

In 1957 a film was made based on the book, titled The Story of Mankind, starring Ronald Colman and an all-star cast, featuring, among others, the Marx Brothers.