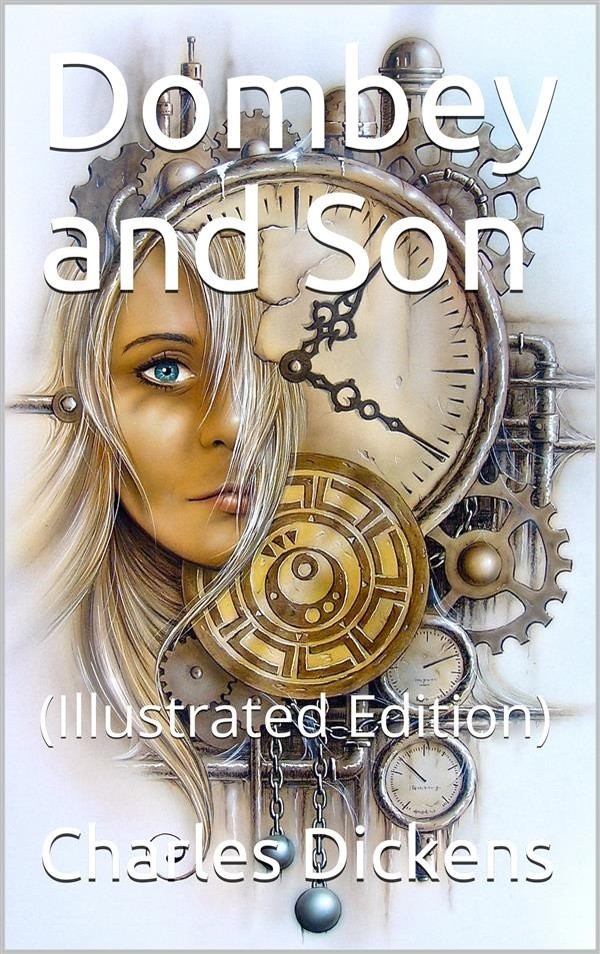 Dombey and Son is a novel by Charles Dickens, published in monthly parts from 1 October 1846 to 1 April 1848 and in one volume in 1848. Its full title is Dealings with the Firm of Dombey and Son: Wholesale, Retail and for Exportation. Dickens started writing the book in Lausanne, Switzerland, before returning to England, via Paris, to complete it. Illustrations were provided by Hablot Knight Browne ('Phiz').

The story concerns Paul Dombey, the wealthy owner of the shipping company of the book's title, whose dream is to have a son to continue his business. The book begins when his son is born and Dombey's wife dies shortly after giving birth. Following the advice of Mrs. Louisa Chick, his sister, Dombey employs a wet nurse named Mrs. Richards (Toodle). Dombey already has a six-year-old daughter Florence, but, bitter at her not having been the desired boy, he neglects her continually. One day, Mrs. Richards, Florence, and her maid, Susan Nipper, secretly pay a visit to Mrs. Richard's house in Staggs's Gardens so that Mrs. Richards can see her children. During this trip, Florence becomes separated from them and is kidnapped for a short time by Good Mrs. Brown, before being returned to the streets. She makes her way to Dombey and Son's offices in the City and there is found and brought home by Walter Gay, an employee of Mr. Dombey, who first introduces her to his uncle, the navigation instrument maker Solomon Gills, at his shop The Wooden Midshipman.

The child, named Paul after his father, is a weak and sickly child, who does not socialise normally with others; adults call him "old fashioned". He is intensely fond of his sister Florence, who is deliberately neglected by her father as irrelevant and a distraction. He is sent to the seaside at Brighton for his health, where he and Florence lodge with the ancient and acidic Mrs. Pipchin. Finding his health beginning to improve there, Mr. Dombey keeps him at Brighton and has him educated there at Dr. and Mrs. Blimber's school, where he and the other boys undergo both an intense and arduous education under the tutelage of Mr. Feeder, B.A. and Cornelia Blimber. It is here that Paul is befriended by a fellow pupil, the amiable but weak-minded Mr. Toots.

Here, Paul's health declines even further in this 'great hothouse' and he finally dies, still only six years old. Dombey pushes his daughter away from him after the death of his son, while she futilely tries to earn his love. In the meantime, young Walter sent off to fill a junior position in the firm's counting house in Barbados through the manipulations of Mr Dombey's confidential manager, Mr James Carker, 'with his white teeth', who sees him as a potential rival through his association with Florence. His boat is reported lost and he is presumed drowned. Walter's uncle leaves to go in search of Walter, leaving his great friend Captain Edward Cuttle in charge of The Midshipman. Meanwhile, Florence is now left alone with few friends to keep her company.