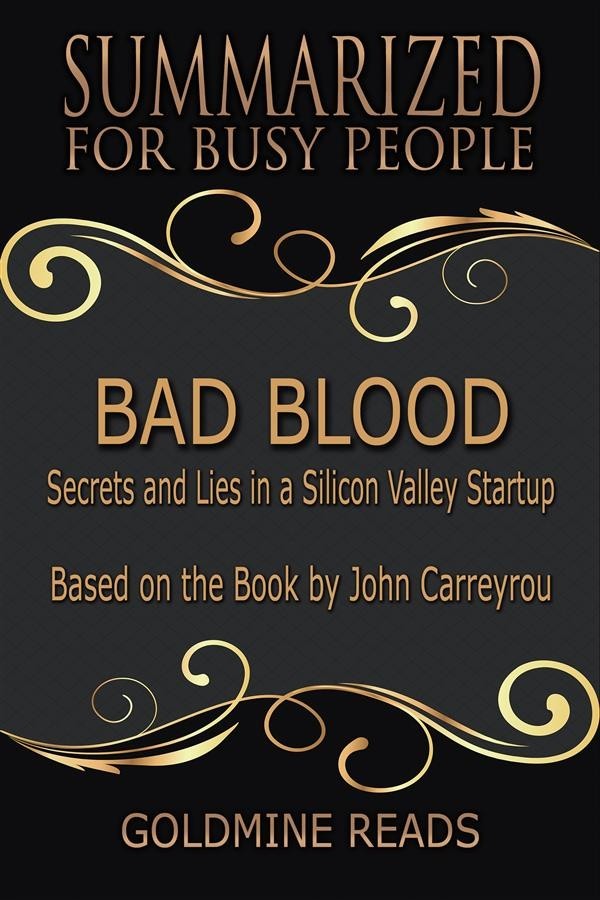 This book summary and analysis was created for individuals who want to extract the essential contents and are too busy to go through the full version. This book is not intended to replace the original book. Instead, we highly encourage you to buy the full version.

Bad Blood offers the complete inside story behind Theranos—the Silicon Valley health technology company involved in the largest case of corporate fraud since Enron. It was written by Pulitzer Prize winner John Carreyrou, the journalist who continued to fight for the truth in the face of great adversity.

Back in 2014, the charismatic Elizabeth Holmes, founder and CEO of Theranos, was widely considered as the female counterpart of Steve Jobs. She was a teenage Stanford dropout who had established a startup whose ambitious claim was to develop cutting-edge technology capable of revolutionizing the present blood testing systems in the medical industry. Prominent figures such as Tim Draper and Larry Ellison had invested on Theranos, which once reached a valuation of $9 billion after selling shares in a fundraising round. At this point, Elizabeth Holmes’ net worth was estimated to be around $4.7 billion. All eyes were on Elizabeth Holmes and her company, but the main problem was yet to be solved: Theranos’ technology was a fraud.

Wait no more, take action and get this book now!