THE STORY OF DOCTOR DOLITTLE - Book 1 in the Dr. Dolittle series 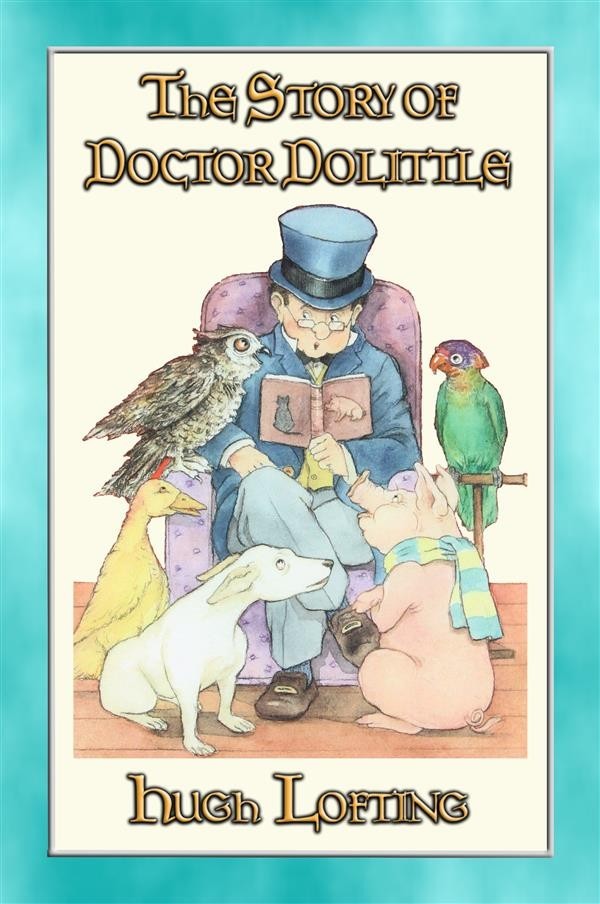 THE STORY OF DOCTOR DOLITTLE - Book 1 in the Dr. Dolittle series

This is the first in Hugh Lofting’s famous Doctor Dolittle book series. Written and illustrated by Lofting it contains 30 pen and ink illustrations plus 21 illuminated drop-capitals – one for the start of every chapter.

SYNOPSIS: John Dolittle, MD, is a respected physician, a quiet bachelor living with his spinster sister in the small English village of Puddleby-on-the-Marsh. His love of animals grows over the years and his household menagerie eventually scares off his human clientele, leading to a loss of income and wealth. But after learning the secret of speaking to all animals from his parrot Polynesia, he takes up veterinary practice.

His fortunes rise and fall again after a crocodile takes up residence, leading to his sister leaving in disgust with the intention of getting married, but his fame in the animal kingdom spreads throughout the world. He is conscripted into voyaging to Africa to cure a monkey epidemic just as he faces bankruptcy. He has to borrow supplies and a ship, and sails with a crew of his favourite animals, but is shipwrecked upon arriving to Africa. On the way to the monkey kingdom, his band is arrested by the king of Jolliginki, a victim of European exploitation who wants no white men travelling in his country.

The band barely escapes by ruse, but makes it to the monkey kingdom where things are indeed dire as a result of the raging epidemic. He vaccinates the well monkeys and nurses the sick back to health. In appreciation, the monkeys find a pushmi-pullyu, a shy two-headed gazelle-unicorn cross, whose rarity may bring Dr. Dolittle money back home.