Burgess Unabridged / A new dictionary of words you have always needed 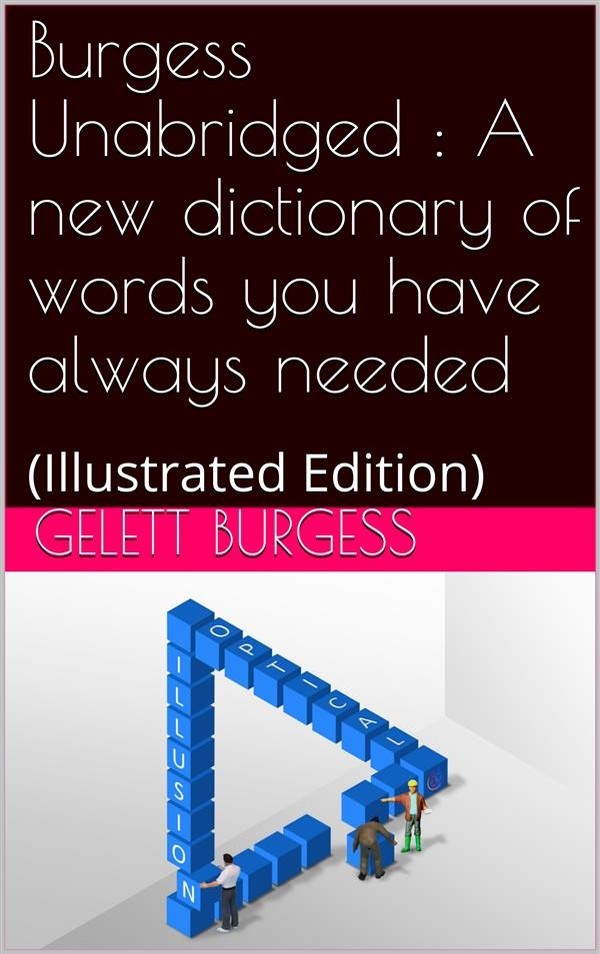 Burgess Unabridged / A new dictionary of words you have always needed

A new dictionary of words you have always needed

For, the fact is, English is a growing language, and we have to let out the tucks so often, that no last season’s model will ever fit it. English isn’t like French, which is corseted and gloved and clad and shod and hatted strictly according to the rules of the Immortals. We have no Academy, thank Heaven, to tell what is real English and what isn’t. Our Grand Jury is that ubiquitous person, Usage, and we keep him pretty busy at his job. He’s a Progressive and what he likes, he’ll have, in spite of lexicographers, college professors and authors of “His Complete Works.” That’s the reason why English has ousted Volapük and Esperanto as a world language. It snuggles right down where you live and makes itself at home.

How does English shape itself so comfortably to the body of our thought? With a new wrinkle here and a little more breadth there, with fancy trimmings, new styles, fresh materials and a genius for adapting itself to all sorts of wear. Everybody is working at it, tailoring it, fitting it, decorating it. There is no person so humble but that he can suggest an improvement that may easily become the reigning mode.

Samoa has an ideal language, and there it was I got my inspiration. Can’t we make English as subtle as Samoan? I wondered. There they have a single word, meaning, “A-party-is-approaching-which-contains-neither-a-clever-man-nor-a-pretty-woman.” Another beautiful word describes “A-man-who-climbs-out-on-the-limbs-of-his-own-breadfruit-tree-to-steal-the-breadfruit-of-his-neighbor.” “Suiia” means “Change-the-subject-you-are-on-dangerous-ground.” Another happy word expresses a familiar situation—“To-look-on-owl-eyed-while-others-are-getting-gifts.” Have we anything in English as charmingly tactful as this? No, our tongue is almost as crude as pidjin-English itself, where piano is “Box-you-fight-him-cry.”

But the time has come for a more scientific attempt to enlarge the language. The needs of the hour are multifarious and all unfilled. There are a thousand sensations that we can describe only by laborious phrases or metaphors, a thousand characters and circumstances, familiar to all, which shriek for description.