The Boy Travellers in the Far East, Part Fifth / Adventures of Two Youths in a Journey through Africa 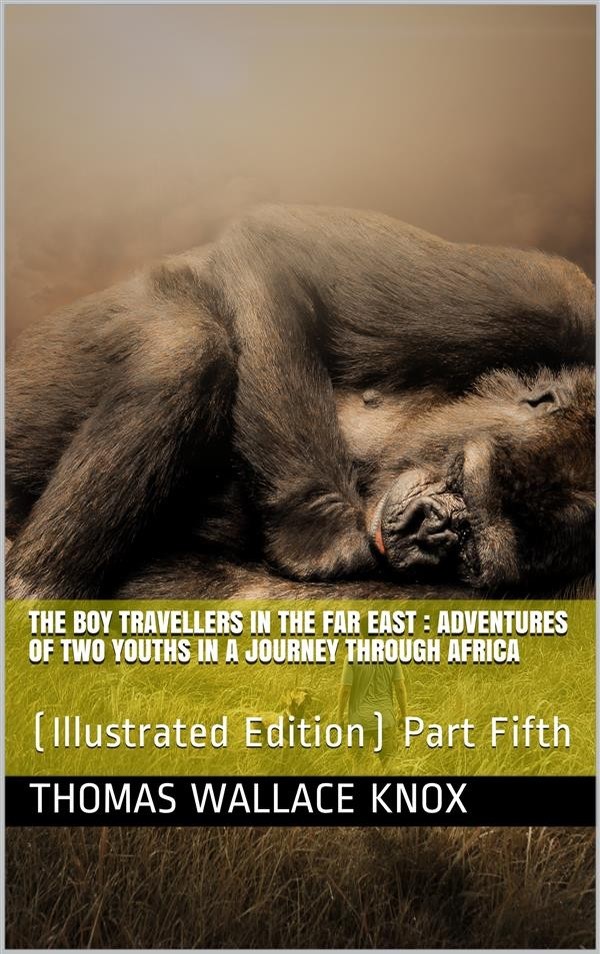 The Boy Travellers in the Far East, Part Fifth / Adventures of Two Youths in a Journey through Africa

Frank and Fred have continued their journey under the guidance of Doctor Bronson, and the plan of their travels is identical with that previously followed.

With this volume the wanderings of the Boy Travellers in the Far East are brought to an end. Those enterprising and observant youths have arrived safely at home, in company with their companion and mentor, Doctor Bronson. They have seen and learned a great deal in their absence, and it has been the aim of the author to tell the story of their travels so that it would interest and instruct the school-mates and friends of Frank Bassett and Fred Bronson, together with others who have not the pleasure of their personal acquaintance.

The method followed in the preparation of the preceding volumes of the series of the Boy Travellers has been observed in the present book, as far as it was possible to do so. Though the author has visited several parts of Africa, he has never made a journey to the Equatorial Regions of the Dark Continent; consequently he has been placed under greater obligations to other writers than in his preceding works, and the personal experiences of Frank and Fred in Central Africa were not those of the compiler of the narrative. But he has endeavored to maintain the vividness of the story by the introduction of incidents drawn from many books of African travel and exploration; he has sought to confine fiction to the narrowest bounds, and to construct an account of travel and adventure that should be true in every respect save in the individual characters portrayed.

Many authorities have been consulted in the preparation of "The Boy Travellers in Central Africa," and while some have been freely drawn upon, others have been touched with a light hand. The incidents of the volume have been mainly taken from the works of African explorers of the last thirty years; a few are of older date, and some are from the stories of travellers not yet in print. During the preparation of the volume the author has been in correspondence with several gentlemen who have supplied him with information relative to the most recent explorations, and he has kept a watchful eye on the current news from the land under consideration. Though the wanderings of the Boy Travellers were confined to Central Africa, other portions of the continent were studied, as the reader will discover while perusing the following pages.