JOCK OF THE BUSHVELD - The Classic African Children's Story 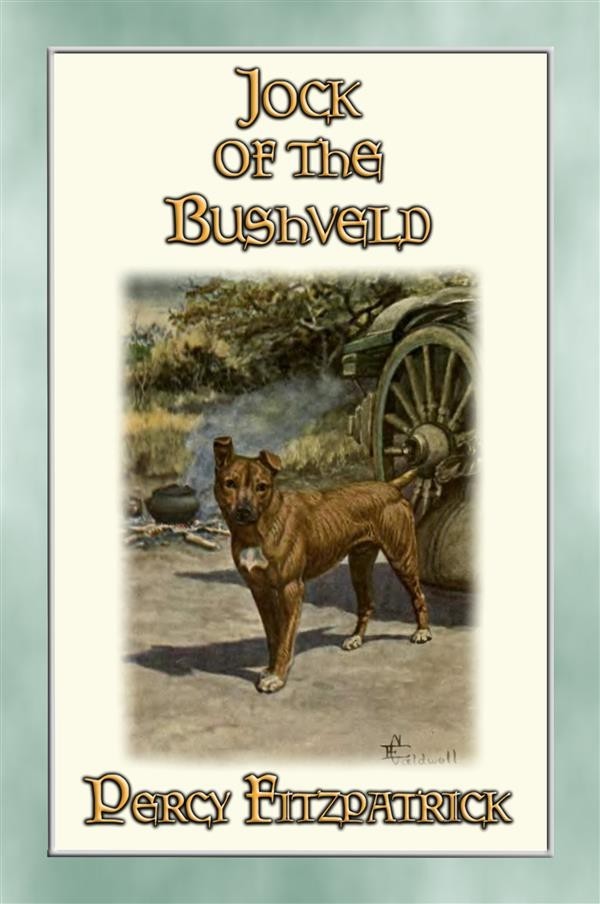 JOCK OF THE BUSHVELD - The Classic African Children's Story

Jock Of The Bushveld is a true story by South African author Sir James Percy FitzPatrick.[1] The book tells of FitzPatrick's travels with his dog, Jock, a Staffordshire Bull Terrier cross, during the 1880s, when he worked as a storeman, prospector's assistant, journalist and ox-wagon transport-rider in the Bushveld region of the Transvaal (then the South African Republic).

Jock’s mother, Jess, was the only dog in their camp. FitzPatrick describes her as “an unattractive bull-terrier with a dull brindled coat–black and grey in shadowy stripes. She had small cross-looking eyes and uncertain always-moving ears; she was bad tempered and most unsociable", but everybody respected her. Jock’s father is only described as an imported dog in the book and there’s an ongoing debate on whether he was an American Staffordshire Terrier or of a breed like the Bull and Terrier.

What followed were a string of amazing adventures across South Africa's highveld from the Lydenburg Goldfields to Delagoa Bay (Maputo) in which Jock had many adventures earned a reputation second to none. Jock permanently lost his hearing in one of these adventures when a kudu antelope cow kicked him. The main version of how Jock died is told as follows: When Fitzpatrick went to live in Barberton, he realised Jock was miserable living in a town and gave the dog to his friend Tom Barnett, who ran a supply store in what has since become Mozambique. NOTE. This was the route (Pretoria to Delagoa Bay) which Winston Churchill used to escape from the Boers in 1900.