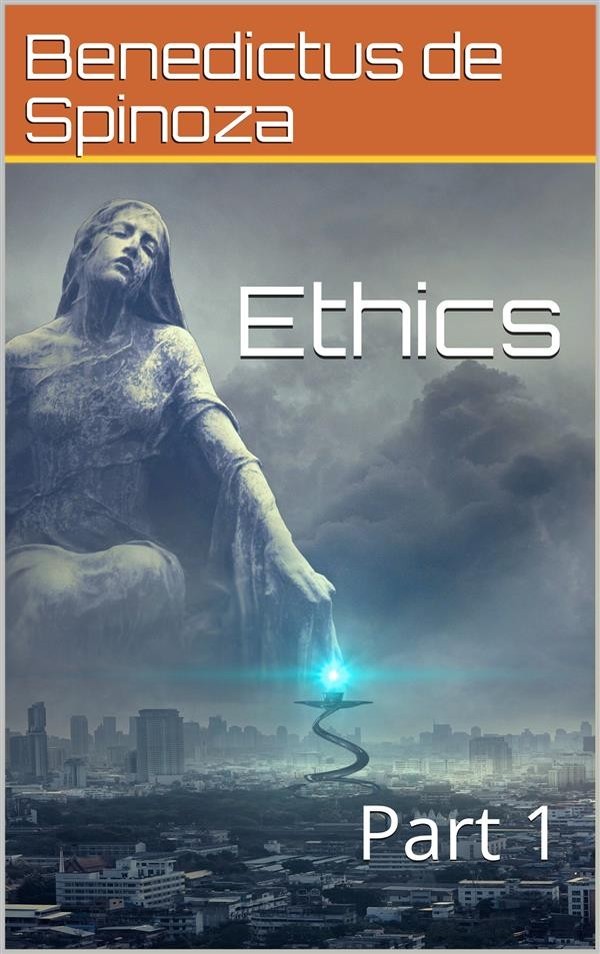 Ethics, Demonstrated in Geometrical Order (Latin: Ethica, ordine geometrico demonstrata), usually known as the Ethics, is a philosophical treatise written in Latin by Benedict de Spinoza. It was written between 1664 and 1665 and was first published posthumously in 1677.

The book is perhaps the most ambitious attempt to apply the method of Euclid in philosophy. Spinoza puts forward a small number of definitions and axioms from which he attempts to derive hundreds of propositions and corollaries, such as "When the Mind imagines its own lack of power, it is saddened by it", "A free man thinks of nothing less than of death", and "The human Mind cannot be absolutely destroyed with the Body, but something of it remains which is eternal."

According to Spinoza, God has "attributes". One attribute is 'extension', another attribute is 'thought', and there are infinitely many such attributes. Since Spinoza holds that to exist is to act, some readers take 'extension' to refer to an activity characteristic of bodies (for example, the active process of taking up space, exercising physical power, or resisting a change of place or shape). They take 'thought' to refer to the activity that is characteristic of minds, namely thinking, the exercise of mental power. Each attribute has modes. All bodies are modes of extension, and all ideas are modes of thought.

The first part of the book addresses the relationship between God and the universe. Tradition held that God exists outside of the universe, created it for a reason, and could have created a different universe if he chose. Spinoza denies each point. According to Spinoza, God is the natural world. As with many of Spinoza's claims, what this means is a matter of dispute. Spinoza claims that the things that make up the universe, including human beings, are God's "modes". This means that everything is, in some sense, dependent upon God. The nature of this dependence is disputed. Some scholars say that the modes are properties of God in the traditional sense. Others say that modes are effects of God. Either way, the modes are also logically dependent on God's essence, in this sense: everything that happens follows from the nature of God, just like how it follows from the nature of a triangle that its angles are equal to two right angles. Since God had to exist with the nature he has, nothing that has happened could have been avoided, and if God has fixed a particular fate for a particular mode, there is no escaping it. As Spinoza puts it, "A thing which has been determined by God to produce an effect cannot render itself undetermined." God's creation of the universe is not a decision, much less one motivated by a purpose.