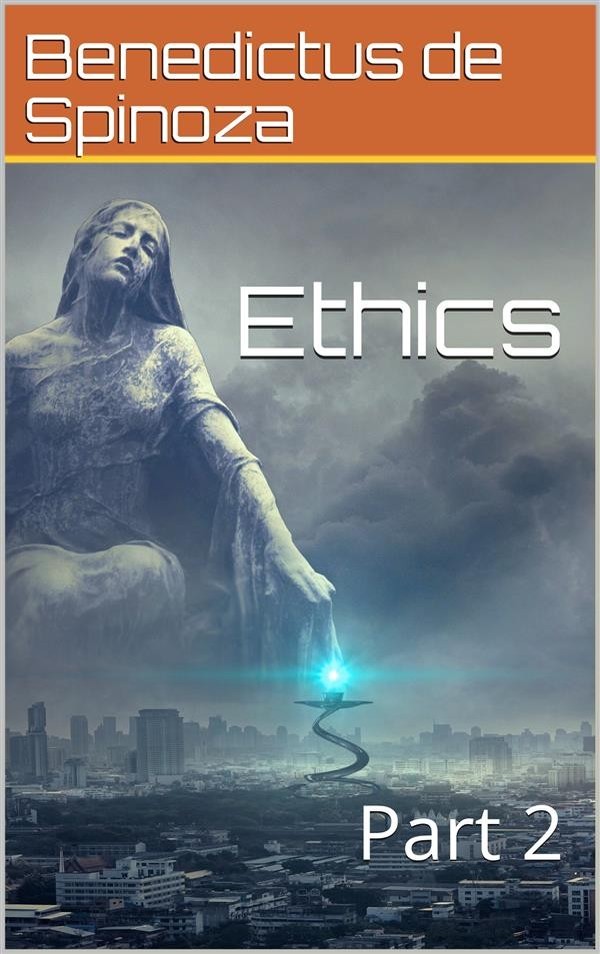 Ethics, Demonstrated in Geometrical Order (Latin: Ethica, ordine geometrico demonstrata), usually known as the Ethics, is a philosophical treatise written in Latin by Benedict de Spinoza. It was written between 1664 and 1665 and was first published posthumously in 1677.

The book is perhaps the most ambitious attempt to apply the method of Euclid in philosophy. Spinoza puts forward a small number of definitions and axioms from which he attempts to derive hundreds of propositions and corollaries, such as "When the Mind imagines its own lack of power, it is saddened by it", "A free man thinks of nothing less than of death", and "The human Mind cannot be absolutely destroyed with the Body, but something of it remains which is eternal."

According to Spinoza, God has "attributes". One attribute is 'extension', another attribute is 'thought', and there are infinitely many such attributes. Since Spinoza holds that to exist is to act, some readers take 'extension' to refer to an activity characteristic of bodies (for example, the active process of taking up space, exercising physical power, or resisting a change of place or shape). They take 'thought' to refer to the activity that is characteristic of minds, namely thinking, the exercise of mental power. Each attribute has modes. All bodies are modes of extension, and all ideas are modes of thought.

The second part focuses on the human mind and body. Spinoza attacks several Cartesian positions: (1) that the mind and body are distinct substances that can affect one another; (2) that we know our minds better than we know our bodies; (3) that our senses may be trusted; (4) that despite being created by God we can make mistakes, namely, when we affirm, of our own free will, an idea that is not clear and distinct. Spinoza denies each of Descartes's points. Regarding (1), Spinoza argues that the mind and the body are a single thing that is being thought of in two different ways. The whole of nature can be fully described in terms of thoughts or in terms of bodies. However, we cannot mix these two ways of describing things, as Descartes does, and say that the mind affects the body or vice versa. Moreover, the mind's self-knowledge is not fundamental: it cannot know its own thoughts better than it knows the ways in which its body is acted upon by other bodies.