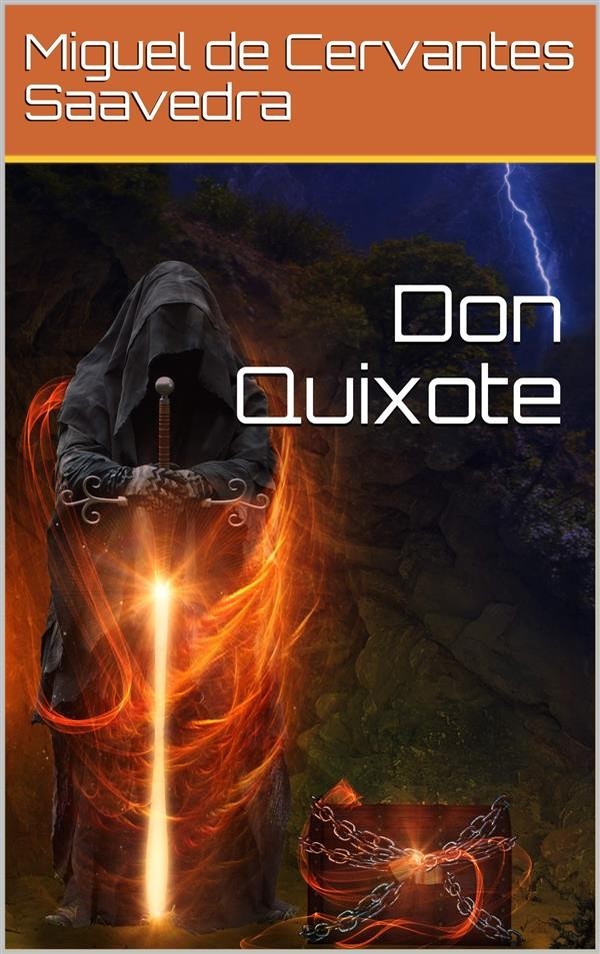 The Ingenious Gentleman Sir Quixote of La Mancha (Modern Spanish: El Ingenioso Hidalgo Don Quijote de la Mancha, is a Spanish novel by Miguel de Cervantes. Published in two parts, in 1605 and 1615, Don Quixote is the most influential work of literature from the Spanish Golden Age and the entire Spanish literary canon. As a founding work of modern Western literature, it regularly appears high on lists of the greatest works of fiction ever published, such as the Bokklubben World Library collection that cites Don Quixote as the authors' choice for the "best literary work ever written".

The story follows the adventures of a noble (hidalgo) named Alonso Quixano who reads so many chivalric romances that he loses his sanity and decides to become a knight-errant (caballero andante), reviving chivalry and serving his country, under the name Don Quixote de la Mancha. He recruits a simple farmer, Sancho Panza, as his squire, who often employs a unique, earthy wit in dealing with Don Quixote's rhetorical orations on antiquated knighthood. Don Quixote, in the first part of the book, does not see the world for what it is and prefers to imagine that he is living out a knightly story.

Cervantes wrote that the first chapters were taken from "the archives of La Mancha", and the rest were translated from an Arabic text by the Moorish author Cide Hamete Benengeli. This metafictional trick appears to give a greater credibility to the text, implying that Don Quixote is a real character and that the events related truly occurred several decades prior to the recording of this account. However, it was also common practice in that era for fictional works to make some pretense of being factual, such as the common opening line of fairy tales "Once upon a time in a land far away..."

In the course of their travels, the protagonists meet innkeepers, prostitutes, goat-herders, soldiers, priests, escaped convicts and scorned lovers. The aforementioned characters sometimes tell tales that incorporate events from the real world, like the conquest of the Kingdom of Maynila or battles in the Eighty Years' War. Their encounters are magnified by Don Quixote's imagination into chivalrous quests. Don Quixote's tendency to intervene violently in matters irrelevant to himself, and his habit of not paying debts, result in privations, injuries, and humiliations (with Sancho often the victim). Finally, Don Quixote is persuaded to return to his home village. The narrator hints that there was a third quest, but says that records of it have been lost.