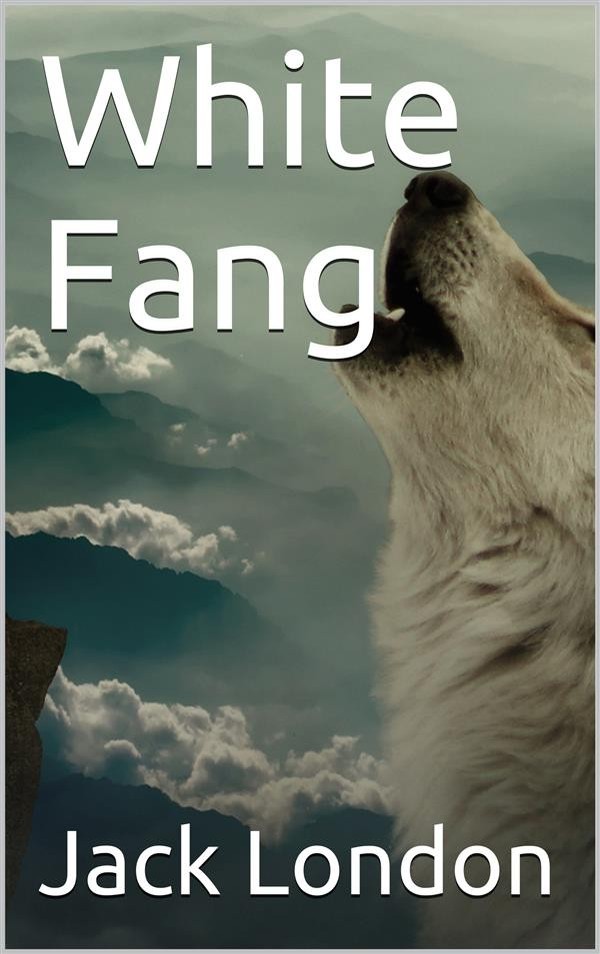 White Fang is a novel by American author Jack London (1876–1916) — and the name of the book's eponymous character, a wild wolfdog. First serialized in Outing magazine, it was published in 1906. The story takes place in Yukon Territory and the Northwest Territories, Canada, during the 1890s Klondike Gold Rush and details White Fang's journey to domestication. It is a companion novel (and a thematic mirror) to London's best-known work, The Call of the Wild, which is about a kidnapped, domesticated dog embracing his wild ancestry to survive and thrive in the wild.

Much of White Fang is written from the viewpoint of the titular canine character, enabling London to explore how animals view their world and how they view humans. White Fang examines the violent world of wild animals and the equally violent world of humans. The book also explores complex themes including morality and redemption.

As early as 1925, the story was adapted to film, and it has since seen several more cinematic adaptations, including a 1991 film starring Ethan Hawke and a 2018 Netflix original.

The story begins before the wolf-dog hybrid is born, with two men and their sled dog team on a journey to deliver Lord Alfred's coffin to a remote town named Fort McGurry in the higher area of the Yukon Territory, Canada. The men, Bill and Henry, are stalked by a large pack of starving wolves over the course of several days. Finally, after all of their dogs and Bill have been eaten, four more teams find Henry trying to escape from the wolves; the wolf pack scatters when they hear the large group of people coming.

The story then follows the pack, which has been robbed of its last prey. When the pack finally brings down a moose, the famine is ended; they eventually split up, and the story now follows a she-wolf and her mate, One Eye. The she-wolf gives birth to a litter of five cubs by the Mackenzie River, and all but one die from hunger. One Eye is killed by a lynx while trying to rob her den for food for the she-wolf and her cub; his mate later discovers his remains near the lynx's den. The surviving cub and the she-wolf are left to fend for themselves. Shortly afterward, the she-wolf kills all the lynx's kittens to feed her cub, prompting the lynx to track her down, and a vicious fight breaks out. The she-wolf eventually kills the lynx but suffers severe injury; the lynx carcass is devoured over a period of seven days as the she-wolf recovers from her injuries.

The cub comes across five Native Americans one day, and the she-wolf comes to his rescue. One man, Gray Beaver, recognizes the she-wolf as Kiche, his brother's wolfdog, who left during a famine. Gray Beaver's brother is dead and so he takes Kiche and her cub and christens the cub White Fang. White Fang has a harsh life in the Indian camp; the current puppy pack, seeing him as a wolf, immediately attacks him. The Indians save him, but the pups never accept him, and the leader, Lip-lip, singles him out for persecution. White Fang grows to become a savage, callous, morose, solitary, and deadly fighter, "the enemy of his kind".

It is at this time that White Fang is separated from his mother who is sold off to another Indian Camp by Three Eagles. He realizes how hard life in the wild is when he runs away from camp and earns the respect of Gray Beaver when he saves his son Mit-Sah from a group of boys seeking revenge. When a famine occurs, he runs away into the woods and encounters his mother Kiche, only for her to chase him away for she has a new litter of cubs. He also encounters Lip-lip whom he fights and kills before returning to the camp.