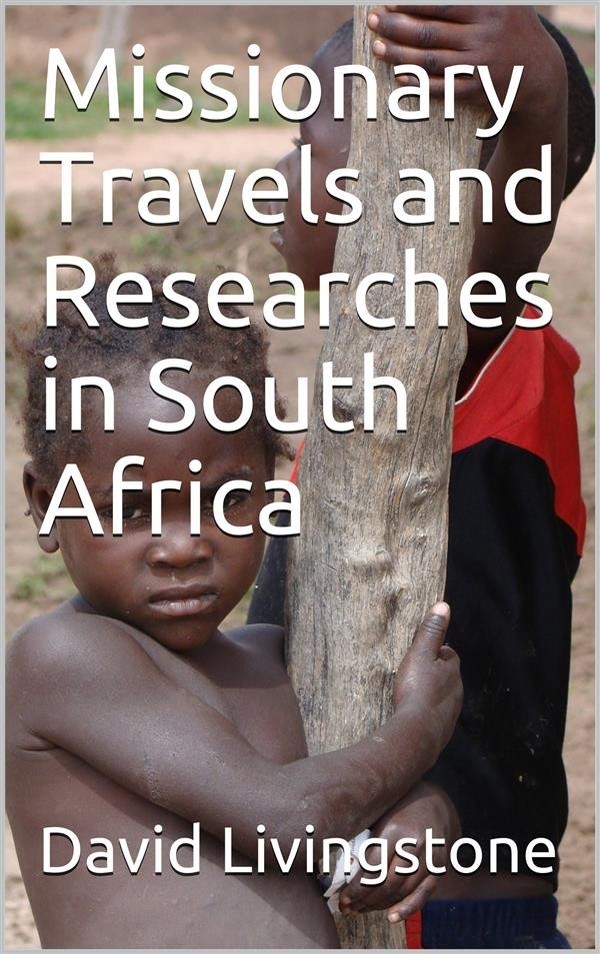 David Livingstone (1813-1873) was a Scottish missionary and explorer in Africa. Missionary Travels in South Africa is his account of his second expedition, in 1853. His purpose was to abolish the slave trade by opening the continent to Christian commerce and missionaries. Livingstone walked over 4,000 miles, from Cape Town, South Africa through the Kalahari Desert and west to the coastal town of Loanda. He then turned east, followed the Zambesi River, and ended his travels in Mozambique. He reached the east coast at Quelimane, in Portuguese East Africa (now Mozambique), in 1856. Livingstone was a keen observer with wide-ranging interests.

He was fascinated, for instance, upon seeing his first ostrich: "When the ostrich is feeding his pace is from twenty to twenty-two inches; when walking, but not feeding, it is twenty-six inches; and when terrified . it is from eleven and a half to thirteen and even fourteen feet in length. Generally one's eye can no more follow the legs than it can the spokes of a carriage-wheel in rapid motion." Occasionally, his interaction with wildlife was not so benign, as when he was attacked by a lion. "Growling horribly close to my ear, he shook me as a terrier dog does a rat. The shock . caused a sort of dreaminess, in which there was no sense of pain nor feeling of terror, though [I was] quite conscious of all that was happening. It was like what patients partially under the influence of chloroform describe, who see all the operation, but feel not the knife." The slave trade was widespread among the Boers, the Portuguese, and even the natives themselves. In one village he was summoned at night by the head man. "When I came he presented me with a slave girl about ten years old; he said he had always been in the habit of presenting his visitors with a child. On my thanking him, and saying that I thought it wrong to take away children from their parents ... he thought I was dissatisfied with her size, and sent for one a head taller."

Unlike most of the other Africa explorers of the time, Livingstone was motivated much less by ego or self-aggrandizement than by true altruism and an insatiable curiosity. In 1873 Livingstone died in the village of Chief Chitambo. His African followers carried his body to the coast, from where it was sent to England and buried in Westminster Abbey. This edition contains both volumes of the original.