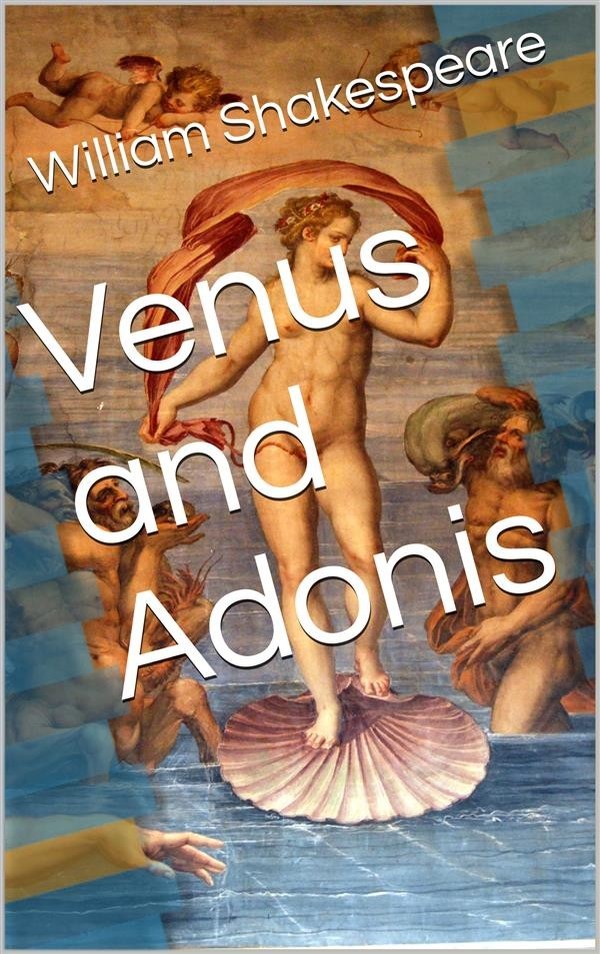 Venus and Adonis is a narrative poem by William Shakespeare published in 1593. It is probably Shakespeare's first publication.

It is written in a verse form known as sesta rima, which is a quatrain followed by a couplet (ABABCC). This form was also used by Edmund Spenser and Thomas Lodge. The poem consists of 199 stanzas or 1,194 lines of iambic pentameter.

It was published originally as a quarto pamphlet and published with great care. It was probably printed using Shakespeare's fair copy. The printer was Richard Field, who, like Shakespeare, was from Stratford. Venus and Adonis appeared in print before any of Shakespeare's plays were published, but not before some of his plays had been acted on stage. It has certain qualities in common with A Midsummer Night's Dream, Romeo and Juliet, and Love's Labour's Lost. It was written when the London theatres were closed for a time due to the plague.

The poem begins with a brief dedication to Shakespeare's patron, Henry Wriothesley, 3rd Earl of Southampton, in which the poet describes the poem as "the first heir of my invention".

Adonis is a young man renowned for his incredible beauty. However, he is not interested at all in love; he only wants to go hunting. Venus is the goddess of love. When she sees Adonis, she falls in love with him, and comes down to earth, where she encounters him setting out on a hunt. She desires him to get off his horse, and speak to her. Adonis doesn't want to talk to any woman, not even a goddess. So she forces him, and then lies down beside him, gazes at him, and talks of love. She craves a kiss; he wants to leave and go hunting. He manages to get away, and he goes to get his horse.

At that moment, his horse becomes enamored of another horse, who at first resists, but soon the two animals gallop off together, which keeps Adonis from going hunting. Venus approaches him, and continues to speak to him of love. He listens for a bit, then turns away scornfully. This pains her, and she faints. Afraid he might have killed her, Adonis kneels beside her, strokes and kisses her. Venus recovers and requests one last kiss. He reluctantly gives in.

Venus wants to see him again; Adonis tells her that he cannot tomorrow, because he is going to hunt the wild boar. Venus has a vision, and warns him that if he does so, he will be killed by a boar. She then flings herself on him, tackling him to the ground. He pries himself loose, and lectures her on the topic of lust versus love. He then leaves; she cries.

The next morning Venus roams the woods searching for Adonis. She hears dogs and hunters in the distance. Thinking of her vision that he will be killed by a boar, she is afraid, and hurries to catch up with the hunt. She comes across hunting dogs that are injured. Then she finds Adonis, killed by a wild boar. Venus is devastated. Because this loss occurred to the goddess of love, she decrees that love will henceforth be mixed with suspicion, fear, and sadness. Adonis' body has grown cold and pale. His blood gives color to the plants all around him. A flower grows from the soil beneath him. It is white and purple, like blood on Adonis' flesh. Venus, bereft, leaves the Earth to hide her sadness where the gods live.