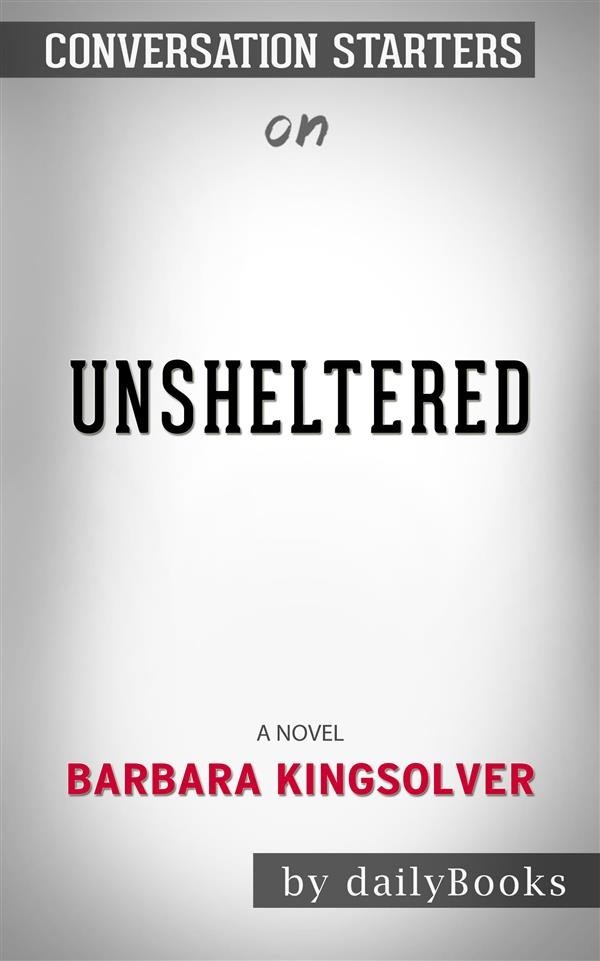 Two families live in the same house in Vineland, New Jersey. Thatcher Greenwood and his family live in the house during the post- Civil War while Willa’s family live in the same house in modern-day America. Willa, a freelance journalist who feels increasingly stressed with the economically challenging times, learns that her house needs a major repair. The house once belonged to Thatcher Greenwood, a man who lived in the 1870s. Greenwood is a science teacher who, like Willa, is caught in difficult circumstances during his time. He is excited by Charles Darwin's recently published work but is forbidden to talk about it. How do their lives echo each other?
Unsheltered is authored by Kingsolver whose novels are known for tackling social and political issues. Her 1998 novel, The Poisonwood Bible, is a Pulitzer Prize finalist. Her other books include Flight Behavior; and Animal, Vegetable, Miracle.