Poems, with The Ballad of Reading Gaol 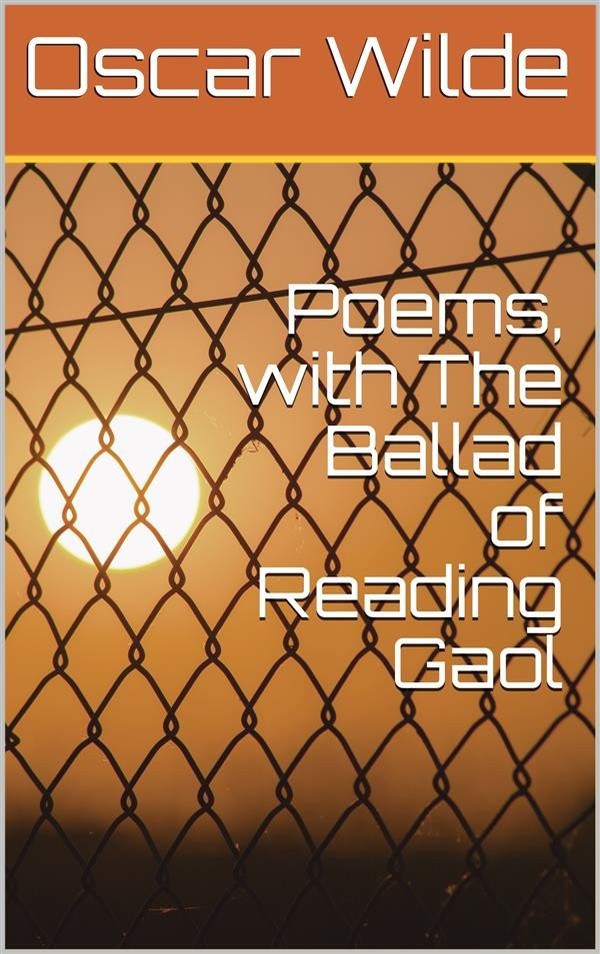 Poems, with The Ballad of Reading Gaol

The Ballad of Reading Gaol is a poem by Oscar Wilde, written in exile in Berneval-le-Grand, after his release from Reading Gaol (/'red?? d?e?l/) on 19 May 1897. Wilde had been incarcerated in Reading after being convicted of homosexual offences in 1895 and sentenced to two years' hard labour in prison.

During his imprisonment, on Tuesday, 7 July 1896, a hanging took place. Charles Thomas Wooldridge had been a trooper in the Royal Horse Guards. He was convicted of cutting the throat of his wife, Laura Ellen, earlier that year at Clewer, near Windsor. He was aged 30 when executed.

Wilde wrote the poem in mid-1897 while staying with Robert Ross in Berneval-le-Grand. The poem narrates the execution of Wooldridge; it moves from an objective story-telling to symbolic identification with the prisoners as a whole. No attempt is made to assess the justice of the laws which convicted them, but rather the poem highlights the brutalisation of the punishment that all convicts share. Wilde juxtaposes the executed man and himself with the line "Yet each man kills the thing he loves". Wilde too was separated from his wife and sons. He adopted the proletarian ballad form, and suggested it be published in Reynold's Magazine, "because it circulates widely among the criminal classes – to which I now belong – for once I will be read by my peers – a new experience for me".

The finished poem was published by Leonard Smithers on 13 February 1898 under the name C.3.3., which stood for cell block C, landing 3, cell 3. This ensured that Wilde's name – by then notorious – did not appear on the poem's front cover. It was not commonly known, until the 7th printing in June 1899, that C.3.3. was actually Wilde. The first edition, of 800 copies, sold out within a week, and Smithers announced that a second edition would be ready within another week; that was printed on 24 February, in 1,000 copies, which also sold well. A third edition, of 99 numbered copies "signed by the author", was printed on 4 March, on the same day a fourth edition of 1,200 ordinary copies was printed. A fifth edition of 1,000 copies was printed on 17 March, and a sixth edition was printed in 1,000 copies on 21 May 1898. So far the book's title page had identified the author only as C.3.3., although many reviewers, and of course those who bought the numbered and autographed third edition copies, knew that Wilde was the author, but the seventh edition, printed on 23 June 1899, actually revealed the author's identity, putting the name Oscar Wilde, in square brackets, below the C.3.3.. It brought him a small income in his remaining lifetime.

The poem consists of 109 stanzas of 6 lines, of 8-6-8-6-8-6 syllables, and rhyming a-b-c-b-d-b. Some stanzas incorporate rhymes within some or all of the 8-syllable lines. The whole poem is grouped into 6 untitled sections of 16, 13, 37, 23, 17 and 3 stanzas. A version with only 63 of the stanzas, divided into 4 sections of 15, 7, 22 and 19 stanzas, and allegedly based on the original draft, was included in the posthumous editions of Wilde's poetry edited by Robert Ross, "for the benefit of reciters and their audiences who have found the entire poem too long for declamation".