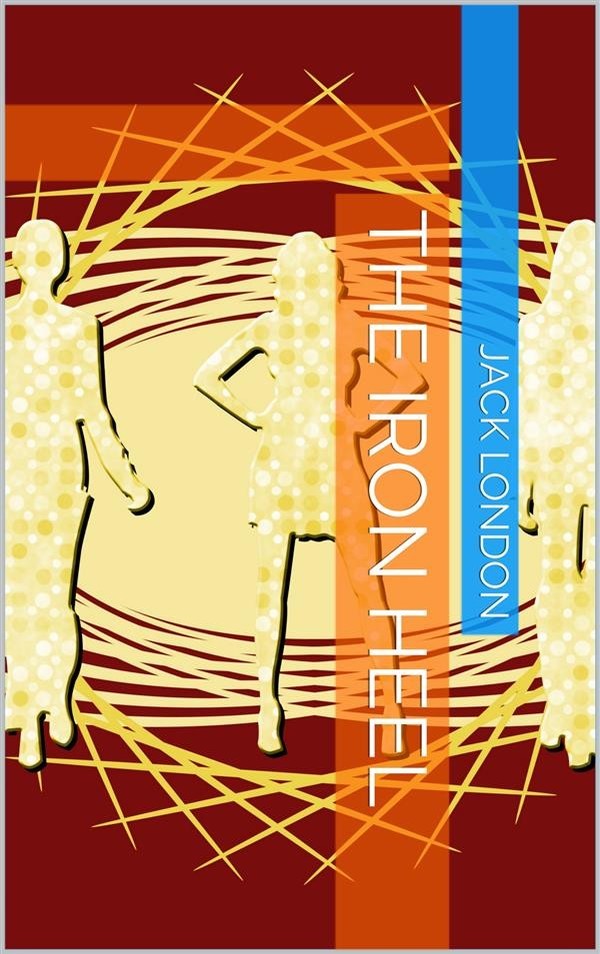 The Iron Heel is a dystopian novel by American writer Jack London, first published in 1907.

Generally considered to be "the earliest of the modern dystopian" fiction, it chronicles the rise of an oligarchic tyranny in the United States. It is arguably the novel in which Jack London's socialist views are most explicitly on display. A forerunner of soft science fiction novels and stories of the 1960s and '70s, the book stresses future changes in society and politics while paying much less attention to technological changes.

The book is unusual among London's writings (and in the literature of the time in general) in being a first-person narrative of a woman protagonist written by a man. Much of the narrative is set in the San Francisco Bay Area, including events in San Francisco and Sonoma County.

The novel is based on the fictional "Everhard Manuscript" written by Avis Everhard, which she hid and which was subsequently found centuries later. In addition, this novel has an introduction and series of (often lengthy) footnotes written from the perspective of scholar Anthony Meredith. Meredith writes from around 2600 AD or 419 B.O.M. (the Brotherhood of Man). Jack London writes at two levels, often having Meredith condescendingly correcting the errors of Everhard yet, at the same time, exposing the often incomplete understanding of this distant future perspective.

Meredith's introduction also acts as a deliberate "spoiler" (the term did not yet exist at the time of writing). Before ever getting a chance to get to know Avis and Ernest, how they fell in love or how Avis became politically involved, the reader is already told that all their struggles and hopes would end in total failure and repression, and that both of them would be summarily executed. This gives all that follows the air of a foreordained tragedy. There is still left the consolation that a happy end would come for humanity as a whole – though hundreds of years too late for Avis and Ernest as individuals; the cruel oligarchy would fall, and the two will be vindicated and respected by posterity as pioneers and martyrs. The book begins with the acquaintance of Avis Cunningham, a daughter of a renowned physicist with the socialist Ernest Everhard. At first, Avis does not agree with Ernest in that the whole contemporary social system is based on exploitation of labour. However, she proceeds to investigate the conditions the workers live in and those terrible conditions make her change her mind and accept Ernest's worldview. Similarly, Bishop Morehouse does not initially believe in the horrors described by Ernest but then becomes convinced in their truth and is confined to a madhouse because of his new views.

The Manuscript itself covers the years 1912 through 1932 in which the Oligarchy (or "Iron Heel") arose in the United States. In Asia, Japan conquered East Asia and created its own empire, India gained independence, and Europe became socialist. Canada, Mexico, and Cuba formed their own Oligarchies and were aligned with the U.S. (London remains silent as to the fates of South America, Africa, and the Middle East.)