Tom Swift and His Sky Racer; Or, The Quickest Flight on Record 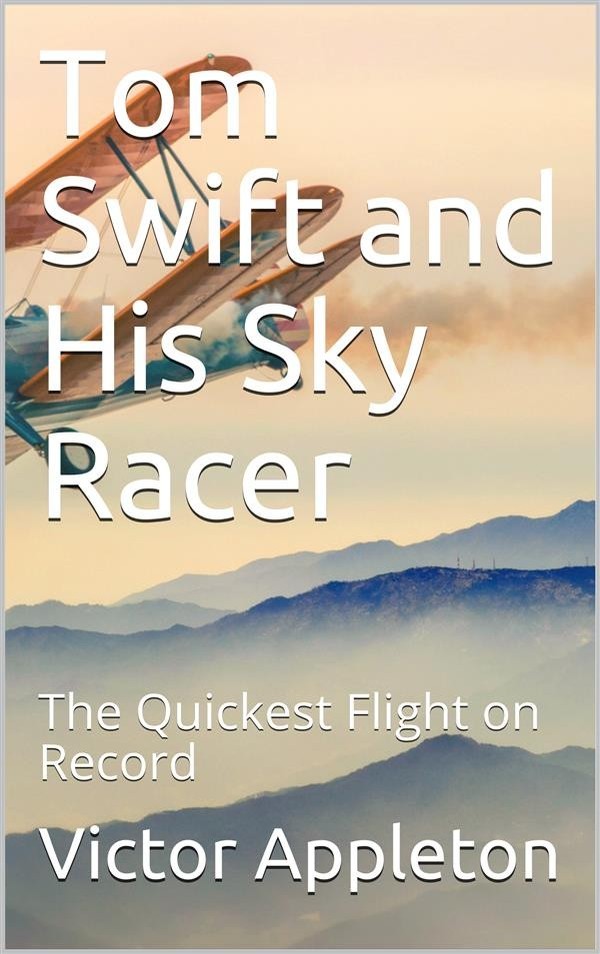 Tom Swift and His Sky Racer; Or, The Quickest Flight on Record

Tom Swift and His Sky Racer, or, The Speediest Flight on Record, is Volume 9 in the original Tom Swift novel series published by Grosset & Dunlap.

A $10,000 prize lures Tom into competing at a local aviation meet at Eagle Park. Tom is determined to build the fastest plane around, but his plans mysteriously disappear, which means Tom must redesign his new airplane from the beginning. A side-plot through the story is Mr. Swift's failing health.

Tom's Sky Racer, known as the Humming-Bird, is a two-seater monoplane, like his previous monoplane the Butterfly. However, the Sky Racer, is smaller and faster — making it ideal for air racing. It uses a single gasoline, air-cooled engine, which can attain air speeds of well over 100 mph with a minimum thrust of 1000 lbs at 2000rpm. Tom also invented an automated stabilizing unit which allowed the Sky Racer to handle adverse weather conditions without loss of control. The Sky Racer's design was compared to that of the Blériot XI and the Antoinette VII, however its wings were patterned after that of the hummingbird, rather than standard rectangular wings.