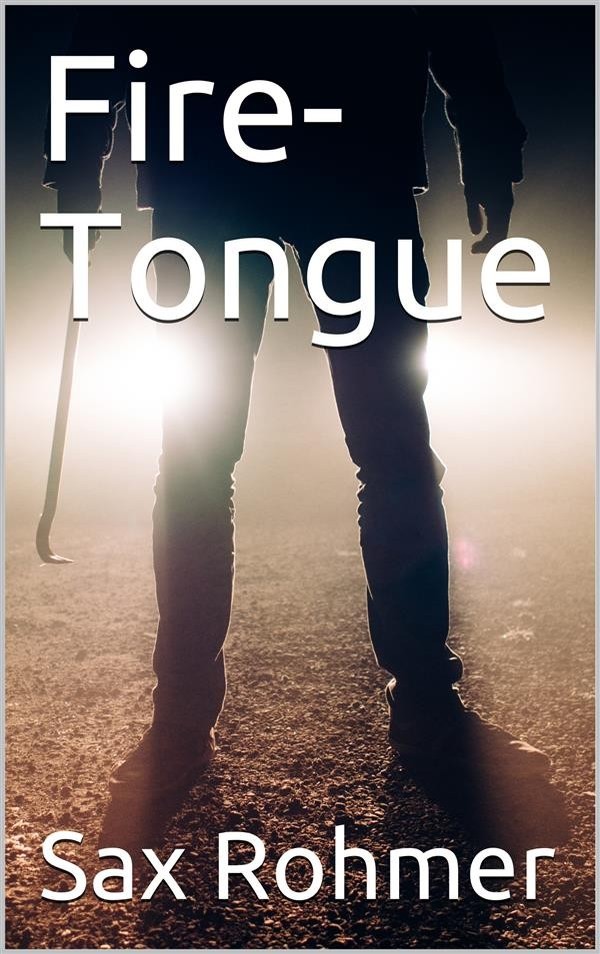 An impossible murder, an occult detective tale, and a tale within a tale -- with a solution suggested by Harry Houdini.

This is a fairly predictable mystery story with enough fun and exotic detail to make it entertaining.

Paul Harley is engaged by a gentleman, Sir Charles Abingdon, who fears his life is in danger. Before the man is able to adequately explain the danger the danger he dies right in front of Harley. His last words are "Fire-tongue" and "Nicol Brinn". Nicol Brinn is a famous and eccentric American explorer while Fire-Tongue means nothing to Harley. He meets the man's beautiful daughter and learns nothing form her except that she has been in disagreement with her father over the attentions of an Oriental merchant named Ormuz Khan, from Persia.

Harley meets with Nicol Brinn and learns that the man has a mere passing acquaintance with the dead man, but he clearly has information about his death. Brinn steadfastly refuses to divulge any useful information and is thus very suspicious. Harley meets with Ormuz Khan, and other taking an instant dislike to him can find no connection to the murder. Harley begins a long and torturous investigation involving disguise and surveillance which leads to little until he finds a vital clue connected to India, which Harley, Sir Charles, and Brinn have all visited. This immediately sets into motion a series of events where everyone's life is in imminent danger.

A particularly intricate murder mystery where almost nothing is revealed until the end. Paul Harley is noted on the dusk jacket as a psychic detective but his only obvious psychic ability is the power to sense danger, which any reasonably self-aware person would have under the circumstance. He is mainly a super competent investigator with great skill at disguise and intuition. The narrative doesn't lead itself to explaining much, but is involving in its own way. Very entertaining.