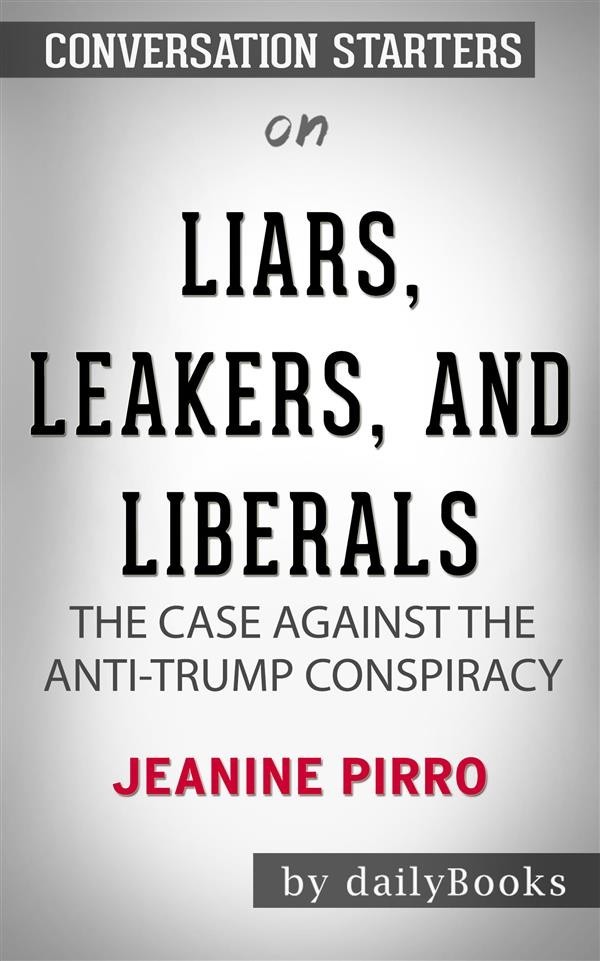 New York Times bestselling book Liars, Leakers, and Liberals The Case Against the Anti-Trump Conspiracy is written by Judge Jeanine Pirro. This book tells of her firsthand account of the Fake News the media does not want the public to know. At this moment in the history of America, the American people are victims of sabotage of the presidency. In spite of this, President Trump continues to fight in the hopes of keeping his promise of Making America Great Again. This bold idea led to the installing of a conservative judge in the Supreme Court, tax reform, among others, that unleashes the strength of the economy beyond what anyone thought was possible. However, there are dark forces that want to sabotage his efforts and undermine the president in order to reverse the 2016 presidential election results.
President Donald Trump himself encourages everyone to read Judge Jeanine Pirro’s book and calls it, "Fantastic.”