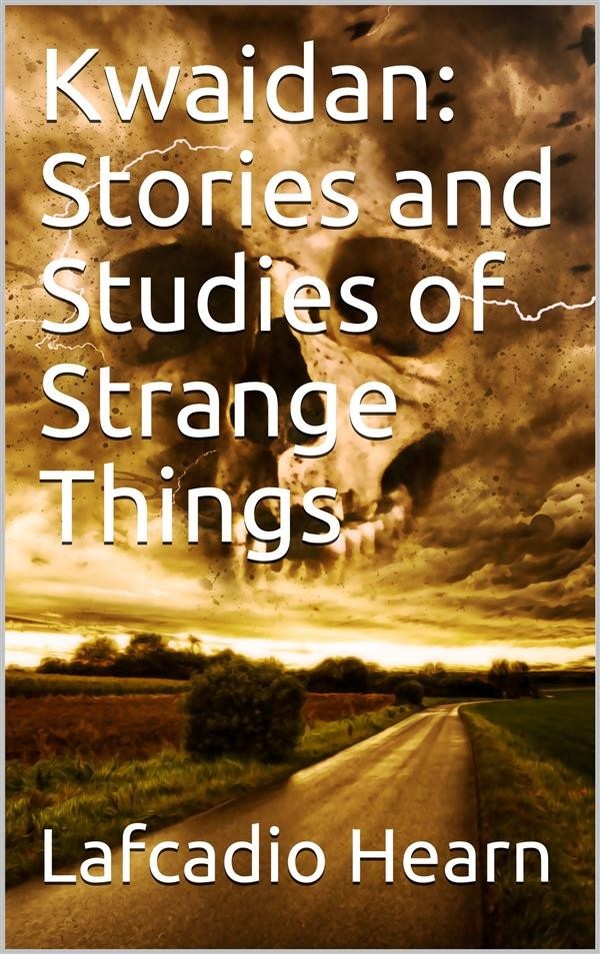 Kwaidan: Stories and Studies of Strange Things, often shortened to Kwaidan ("ghost story"), is a book by Lafcadio Hearn that features several Japanese ghost stories and a brief non-fiction study on insects. It was later used as the basis for a movie called Kwaidan by Masaki Kobayashi in 1964.

Hearn declares in his introduction to the first edition of the book, which he wrote on January 20, 1904, shortly before his death, that most of these stories were translated from old Japanese texts. He also states that one of the stories – Yuki-onna – was told to him by a farmer in Musashi Province, and his was apparently the first record of it, both by his own account and according to the research of modern folklorists. Riki-Baka is based on a personal experience of Hearn's. While he does not declare it in his introduction, Hi-Mawari – among the final narratives in the volume – seems to be a recollection of an experience in his childhood (it is, setting itself apart from almost all the others, written in the first person and set in rural Wales).

It is an interesting collection of Japan weird stories illustrated with drawings of ghosts, demons and other unusual creatures typical of Japan folklore and myth.

In Japanese folklore, there is the belief that a disquieted spirit, one who has died still troubled by a deep resentment or anger toward those it considered immoral and malevolent ( such as enemies or murderers), will not let go of its attachment to the physical world, in a sense not having been extinguished or quelled by death; having taken such hostile feelings to the grave, will be unable to rest in peace, and therefore will re-emerge by supernatural means fueled with vengefulness.

Kwaidan or 'weird tales', is a collection of 20 gothic Japanese sketches written by Greek- born, Japanese emigrant Lafcadio Hearn. He created these stories from a mixture of Chinese and Japanese folklore retold over generations through both oral and literary traditions. Kwaidan, published in the same year of Hearn's death (1904), is set in Japan's Edo period (1603-1868) which Hearn renders expertly with vividness and authenticity.

Some of the tales are perhaps stranger and mysterious to the western reader than gruesome in content, as in the short sketch Jikininki - Man-eating Goblin: about a ravenous shape-shifting entity. A priest died having lived a selfish life with an appetite for material things, is reincarnated with an insatiable hunger for the morbid. His digressions in this infernal form is less than ecclesiastic, but one only hopes he says 'grace' before digging in.

Most of the stories tell of ghostly apparitions or reincarnations, of supernatural beings who have taken human form.