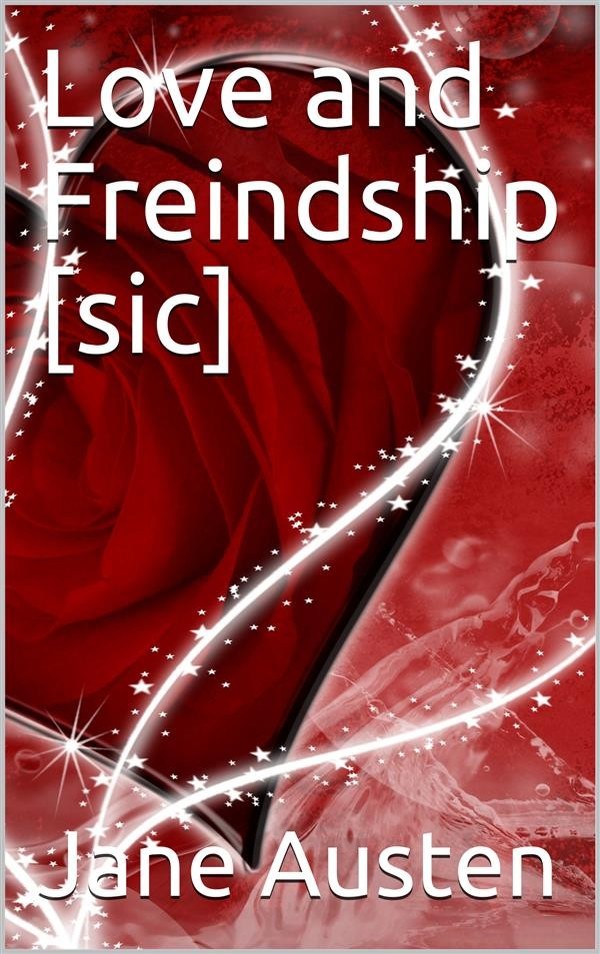 Love and Freindship [sic] is a juvenile story by Jane Austen, dated 1790. From the age of eleven until she was eighteen, Austen wrote her tales in three notebooks. These still exist, one in the Bodleian Library and the other two in the British Museum. They contain, among other works, Love and Freindship, written when she was fourteen, and The History of England, written when she was fifteen.

Written in epistolary form like her later unpublished novella, Lady Susan, Love and Freindship is thought to be one of the tales she wrote for the amusement of her family. It was dedicated to her cousin Eliza de Feuillide, known as "La Comtesse de Feuillide". The instalments, written as letters from the heroine Laura, to Marianne, the daughter of her friend Isabel, may have come about as nightly readings by the young Jane in the Austen home. Love and Freindship (the misspelling is one of many in the story) is clearly a parody of romantic novels Austen read as a child. This is clear even from the subtitle, "Deceived in Freindship and Betrayed in Love", which undercuts the title.

In form, the story resembles a fairy tale in featuring wild coincidences and turns of fortune, but Austen is determined to lampoon the conventions of romantic stories, down to the utter failure of romantic fainting spells, which always turn out badly for the female characters. The story shows the development of Austen's sharp wit and disdain for romantic sensibility, characteristic of her later novels.

This presents a glimpse into the life of Laura from Isabel's perspective. Isabel asks Laura to tell the "misfortunes and adventures" of her life to Isabel's daughter Marianne (Austen 516). Isabel argues that because Laura is turning 55, she is past the danger of "disagreeable lovers" and "obstinate fathers" (Austen 516). This initial letter sets up the rest of Austen's narrative through Laura's letters to Marianne.

This consists of a reply from Laura to Isabel. Laura initially disagrees with Isabel's assessment that she is safe from "misfortunes" simply because of her advanced age (Austen 516). Laura agrees to write to Marianne and detail her life experiences to "satisfy the curiosity of Marianne" and to teach her useful lessons (Poplawski 183). The useful lessons are lessons learned from the misfortunes caused by "disagreeable lovers" and "obstinate fathers" (Poplawski 183). Poplawski highlights the importance of the relationship between females and their lovers and also between females and their fathers as a means through which Austen is able to criticise stereotypical female behaviour. As seen throughout the work, these two relationships are constantly criticised by satirical anecdotes. Janetta's relations with her father and with her lover, Capitan M’Kenzie in the twelfth letter, shows Austen mocking the fickleness of family ties and romantic relationships.