An Essay on Comedy and the Uses of the Comic Spirit 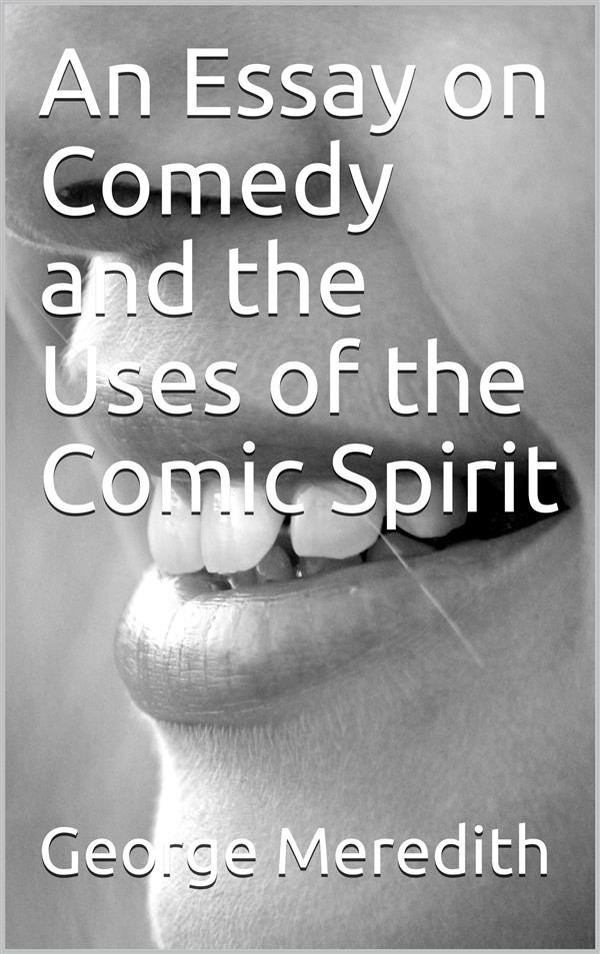 An Essay on Comedy and the Uses of the Comic Spirit

The essay “On the Idea of Comedy and the Uses of the Comic Spirit” (1877), by Bergson’s English contemporary George Meredith, is a celebration of the civilizing power of the comic spirit. The mind, he affirms, directs the laughter of comedy, and civilization is founded in common sense, which equips one to hear the comic spirit when it laughs folly out of countenance and to participate in its fellowship.

Both Bergson’s and Meredith’s essays have been criticized for focussing so exclusively on comedy as a socially corrective force and for limiting the scope of laughter to its derisive power. The charge is more damaging to Meredith’s essay than it is to Bergson’s. Whatever the limitations of the latter, it nonetheless explores the implications of its own thesis with the utmost thoroughness, and the result is a rigorous analysis of comic causes and effects for which any student of the subject must be grateful. It is with farce that Bergson’s remarks on comedy have the greatest connection and on which they seem chiefly to have been founded. It is no accident that most of his examples are drawn from Molière, in whose work the farcical element is strong, and from the farces of Bergson’s own contemporary Eugène-Marin Labiche. The laughter of comedy is not always derisive, however, as some of Shakespeare’s greatest comedies prove; and there are plays, such as Shakespeare’s last ones, which are well within an established tradition of comedy but in which laughter hardly sounds at all. These suggest regions of comedy on which Bergson’s analysis of the genre sheds hardly any light at all.