The Accidental Superpower: The Next Generation of American Preeminence and the Coming Global Disorder​​​​​​​ by Peter Zeihan ​​​ 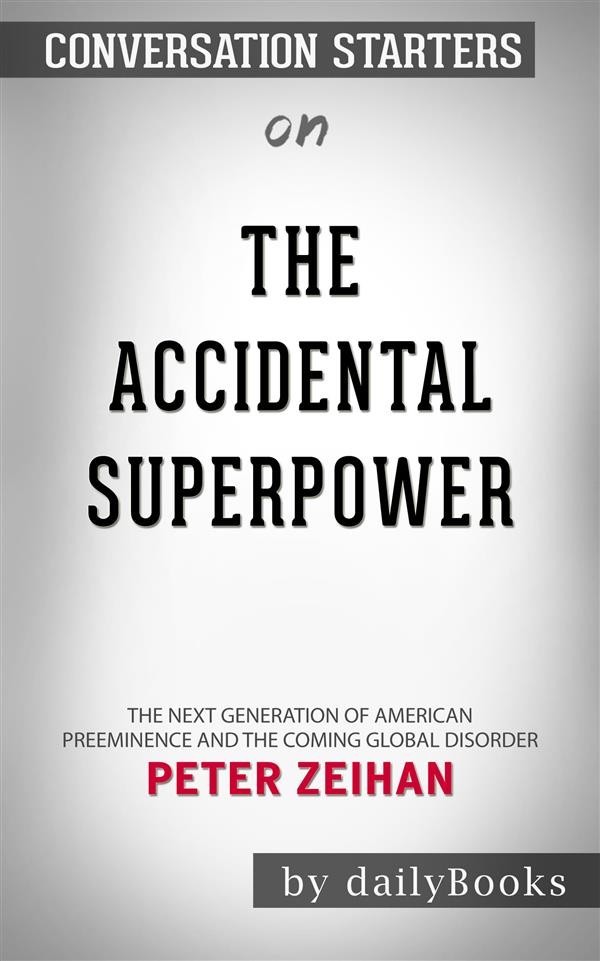 The Accidental Superpower: The Next Generation of American Preeminence and the Coming Global Disorder​​​​​​​ by Peter Zeihan ​​​

The Accidental Superpower: The Next Generation of American Preeminence and the Coming Global Disorder by Peter Zeihan ​​​​​​​ | Conversation Starters

Geopolitics was a central factor in the global politics of the early 20th century but was relegated to the sides when political theorists paid more attention to economics, ideology, and technology. As the world advances into the 21st century, geopolitics will continue to play a major factor in the success of powerful nations, particularly the United States.  The US'  natural waterway networks, rich agricultural land, and its two oceans inevitably make the country a global superpower. It is not like China which has geographic features that make the country susceptible to political fragmentation. The shale oil revolution in North America will further enable the United States to continue having the superpower edge for many more years to come.
The Accidental Superpower is a book that follows in the bestselling tradition of
The Next 100 Years and The World Is Flat. Critics view it as an eye-opening look at America as a superpower.